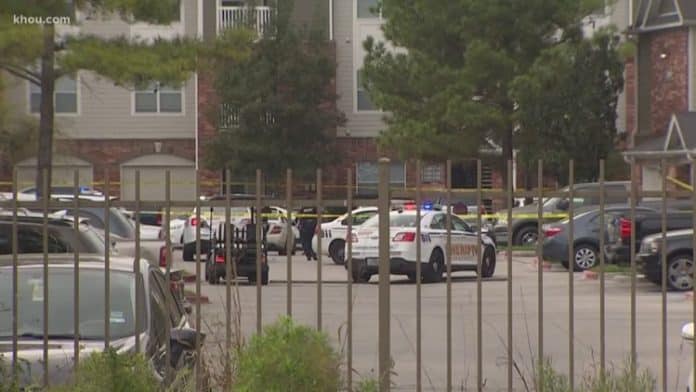 Harris County, Texas – A woman, was alone in her apartment about 2:30 Saturday afternoon when two teens broke the window on her patio door, reached in and unlocked the door, and attempted to enter her apartment. The 53-year-old woman, described as disabled, fired one shot at the first male teen through the door. He died at the scene.

The second male teen, and a third female teen described as the getaway driver, were detained at the scene. Harris County Deputies said the getaway vehicle was linked to other burglaries in the area.

Felony murder charges are pending against both the second male and the female suspects. The female also faces tampering with evidence charges for trying to hide the deceased suspect’s pistol.

Whether this was a simple burglary gone bad or an intended home invasion isn’t clear, but either way, this story demonstrates once again how important it is to be able to access your gun quickly. The resident’s particular disability was not disclosed, but whatever it was, she took whatever steps were necessary to be prepared to defend herself on short notice.

It’s also unknown at this time whether the first teen threatened the woman with his gun before she fired on him, but that is likely irrelevant since the teens forcibly entered her apartment by breaking the patio door glass triggering Castle doctrine. The woman’s disability also likely grants her disparity of force justification for the use of deadly force in this case.

She also appears to have exercised restraint in that she only fired one round, which was enough to stop the attack even though the other two were still in the vicinity. It’s critical to remember that deadly force is only justified during a deadly force attack. Once the attack stops, the right to use deadly force also stops. The window of immanence often opens and then closes quickly, and force used outside of that window will not be found justified.

This is yet one more example of many that demonstrates that women are more than capable of using a gun to defend themselves and how things could have gone terribly bad if this one had not been permitted to do so. She likely also ended a string of burglaries making her entire apartment complex safer.