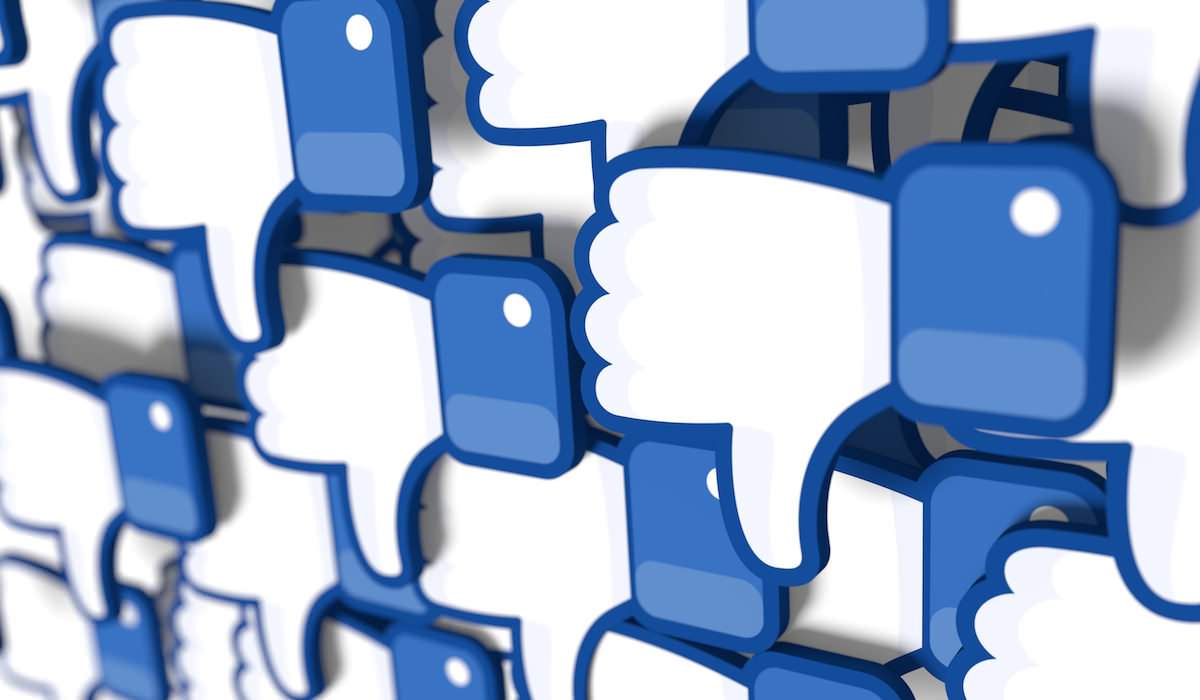 We all know what gun control looks like. When Virginia Attorney General Mark Herring announced last year that the state would no longer recognize out-of-state concealed handgun permits, ending reciprocity for about 6.3 million people who otherwise could legally carry concealed into Virginia, the gun community cried foul. By January, reciprocity was restored with pressure from the NRA and a bipartisan agreement.

Cut and dry gun control is easy to spot. Assault weapons bans, may-issue CCW laws, and limits on magazine capacity are issues that can be fought with lobby groups and political pressure in the public forum. But recently we are seeing other forms of gun control that are not so easy to fight or even notice.

Take Facebook, for example. You may remember that earlier this year Facebook instituted a ban on private individuals advertising gun sales. Well, last month the social network quietly expanded the ban to include FFLs that work from home. There were no announcements for the policy change, and it was only discovered when a group designed to be a place where FFLs could advertise within the strict guidelines of Facebook was suddenly shut down.

Alec Gerlach, a spokesman for Facebook, said that FFLs who work at retail businesses will continue to be allowed to advertise gun sales. He said, “Firearm shops and online retailers are allowed to engage in commercial activity involving firearms and ammunition on Facebook (ex: offering a gun for sale) as long as all applicable laws and regulations are followed.”

But even more drastic action was taken against many pro-Second Amendment and pro-law enforcement groups this past week when they were suddenly banned without explanation. TJ Kirgin, owner of Tactical Shit, a web community that boasts over 30 million views a month, was frustrated with the ban, which cost their online sales to plummet.

“ISIS can have posts saying ‘Death to America,’ but if you post a picture with a gun you get banned,” Kirgin says with frustration. “Your company’s livelihood gets attacked because you post a photo that even looks like a gun.”

After some backlash from loyal followers the Facebook page was re-published, but damage to their brand had been done.

You may have also read that Apple is changing their gun emoji to a water pistol. This is an eye-rolling move if ever there was one, but it’s important to note when stuff like this happens. Gun culture paraphernalia includes more than just physical guns, it’s also media like movies and television and even the decals you put on your truck. Removing such symbols is harmful to our culture. But apparently sending the gun emoji to someone constitutes a death threat, so it just has to go.

Stuff like this is gun control, too, but on a whole other level. How do you fight a company’s decision to drop the little cartoon pistol from their variety of other little cartoon doodles? (It would be like fighting the mafia, apparently, as Apple and other companies like Microsoft are part of the Unicode Consortium, which votes on what emoji’s to create and drop). How do you fight a company’s culture from the outside?

Facebook and Apple have every right to run their business however they want, just as gun owners have every right to boycott gun adverse institutions. Gun owners may also use these companies to promote themselves and their ideals. Facebook has probably done much more good for the Second Amendment than harm, regardless of their Left-leaning polices and culture. Before websites like Facebook, finding positive stories of self-defense was much more difficult, now they are everywhere and they promote great discussion. Maybe one of your liberal friends sees the pictures of your fun day at the gun range and thinks twice about the nonsense they have been spoon-fed into believing. It’s been known to happen.

So far The Pink Pistols are safe.

I am earning in the range of 6,000-8,000 bucks on monthly basis doing an online job. For anyone ready to work easy online jobs for several hrs /day from your house and earn decent income while doing it… Try this job FAVE.CO/20SSeWe

I profit approximately 6,000-8,000 dollars /month working from home online. Those who are willing to do easy online jobs for several hours /day from comfort of your home and earn good paycheck in the same time… This is a gig for you… FAVE.CO/20SR7Wt

Old school here:
I don’t have anything to do with Facebook and as far as I can see it should be shutdown and all owners arrested

I currently make about $6.000-$8.000 /month from freelancing at home. If you are looking to complete basic computer-based work for few h /a day at your home and earn valuable payment while doing it… Then this job opportunity is for you… UR1.CA/pm79v

Mike I hope you see this. I have a page pertaining to the Second Amendment, I started advertising to get more people to the page and it lasted 4 days and they claim that the page promotes gun sales ammo sales and everything else to do with guns yet I promote no sales of weapons. Facebook is seriously sucking and bowing to the liberal machine.

You know, I first wrote this article mainly touching on the topic of banning groups that advertise gun sales. It included the sentence “Look for the day when Facebook begins banning gun groups outright.” Before the article was published I saw the story about Tactical Shit and other gun groups being shut down just for being gun groups.

That day has already come.

Glad to know you read others comments Mike. And yes I believe the time has come, what a sad time we live in, people think I’m crazy when I say I miss the 70’s and 80’s lol

This is why no one should use FaceSpy.. I mean Facebook.. Don’t use them. Don’t depend on them.
Don’t get involved with them in any way. They will screw you over.
Suckerberg.. I mean Zuckerberg and his CIA buddies must go..