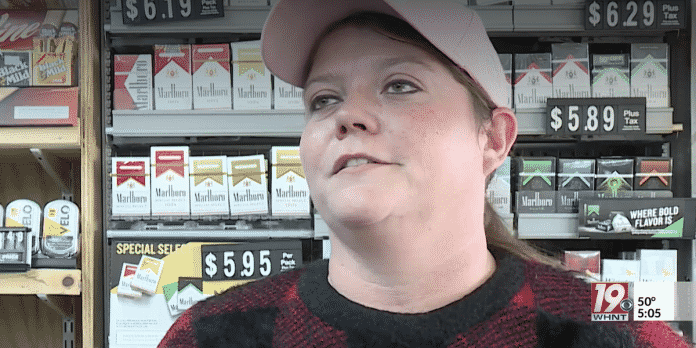 A gas station convenience store clerk noticed a suspicious man as soon as he came inside the store. The suspect went to the counter, pulled a gun, and demanded all the money. The employed complied but as he turned to leave she grabbed her gun from under the counter and shot him in the shoulder.

The suspect kept going out of the store then got into a car with a female driver. They drove off but got into an accident near a hospital. He was later flown to another hospital. His condition is not known.

The store clerk was allowed to finish her shift.

A couple of things with this one. Having the gun under the counter is not the same as having it on your person. Once the suspect has his gun on the store employee it’s extremely risky to try to reach under the counter to get it without getting shot by the robber. At that point, it is likely best not to resist as this employee did and hope for the best. Barring the robber being distracted enough to give you time to get to your gun there isn’t much else you can do.

Hopefully, that gun was in some sort of quick access safe. Otherwise any time the employee steps away from the counter that gun is basically up for grabs.

More troubling in this case is that she shot the suspect as he was leaving. She said on the news video:

“As he turns to walk out the door I shoot him”.

While many may applaud her actions, the reason she was able to finish her shift at the store and was not arrested and charged with attempted murder was that this happened in Alabama and not in a less gun-friendly state. Of course, these things are always at the discretion of the local County Attorney’s office.

One last thing; never ever give an interview to the news media right after the incident. While she appeared very calm and matter of fact about the whole thing, save any statements for authorities in the presence of your attorney.

“Because once the armed robber turns away, the window of imminence closes.”

How about we ask Zak Husein of Akron, OH what he thinks of that philosophy. Oh wait… We can’t. He complied then as the street demon was leaving, he shot & killed Zak anyway.

With his back to the victim? More likely, the offender took the money, then shot the victim, then left. Not quite the same thing.

One other thing: If you’re ever forced to use deadly force on someone, NEVER talk to the press! They are not your friends! First of all, they will do everything they can to make you the villain, and if anything you say to them does not agree with what you told the police, you can end up in court over it, and if you’re in court, you’re in (expensive) trouble. Secondly, if your mug is on TV, you’ve effectively doxed yourself, and you’re asking (at the very least) to get your property vandalized by the friends of the person you’ve shot.