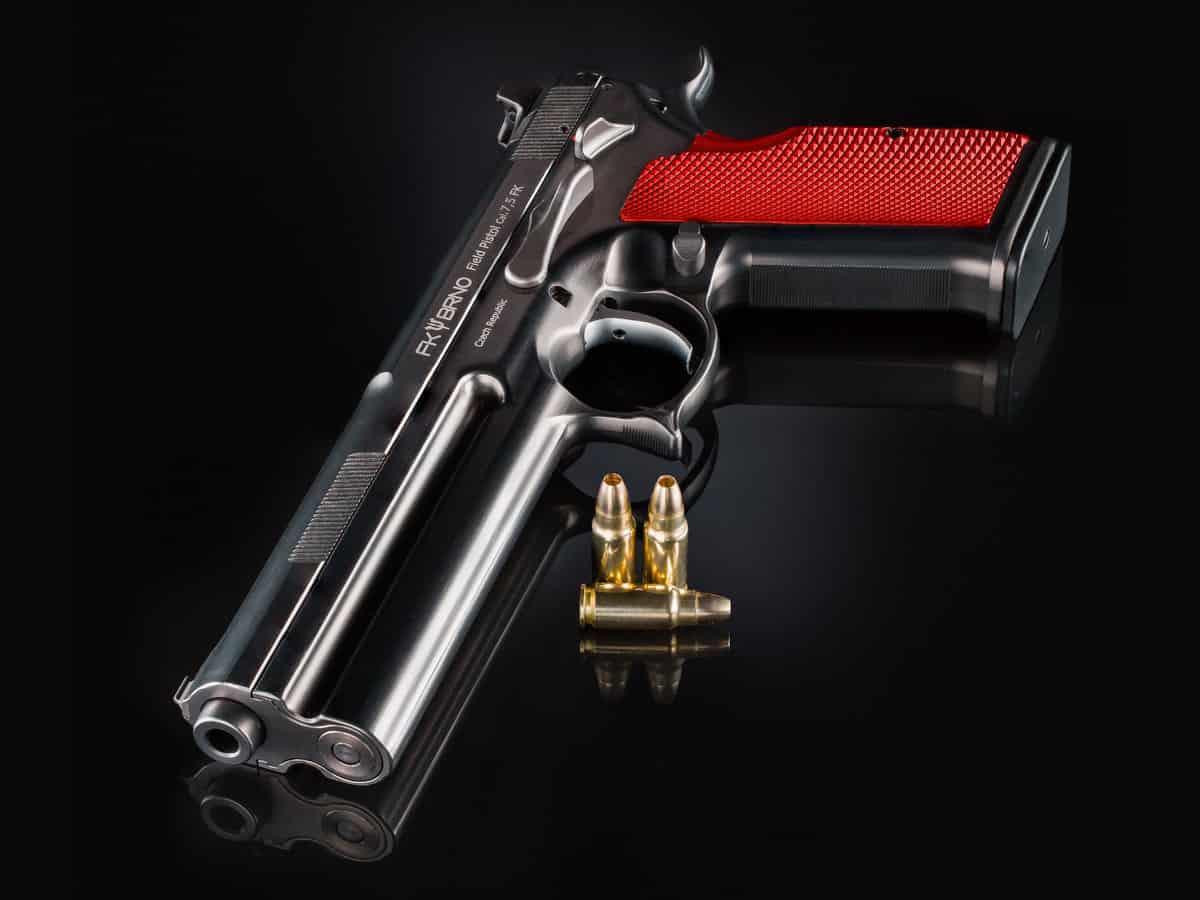 FK Brno may be a challenge for English-speakers to pronounce, but that hasn’t slowed the endless discussion of their proprietary 7.5mm pistol cartridge or the gun designed for it. Over the last year, a multitude of articles, blogs, and news blurbs have been written on the subject, much of it speculation.

Well the wait is over. Word has it that the Brno will begin importing this weapon to the US immediately.

I can’t claim any special insider knowledge. I haven’t had the chance to handle or fire the pistol in question. Nor do I know much about the cartridge beyond the specs posted online. However, based on what I have seen, I can make some educated guesses.

We’ll start with the pistol itself, as it’s a bit simpler to discuss. The externals—controls, ergonomics, overall shape—are decidedly reminiscent of John Browning’s designs. To my eyes, the Brno strongly recalls the Browning High-Power, and that’s a good thing. I suspect this is a gun that will fit well in the hands of many shooters, and handle wonderfully both on the range and in the field.  My only concern so far would be an apparently lack of ambidextrous controls at least as a standard feature, but I suspect the aftermarket accessory makers will attend to that.

Two features stand out. First, Brno has offered three options for sights: a standard adjustable three-point sight, an integral mount for aftermarket reflex sights, and their proprietary Butterfly Sights. The last option is the most intriguing, designed with the aim of “give[ing] the shooter a larger view of the target area, and to automatically align with the front sight. This sight is very effective for long range target shooting and hunting.” It would seem to do just that, relying on thin butterfly wing supports to open up the sight picture without sacrificing precision. My only concern is that this system looks a bit delicate for many applications, but I may well be proven wrong.

A final interesting feature is the purpose built folding stock, which allows the weapon to be shouldered and fired like a pistol caliber carbine. Hardly a new idea, but a nice feature on a gun of this type.

Now on to the cartridge.

The first thing that jumps out are the numbers. The cartridge dimensions and the weight of the projectile again look backward, recalling the various 7.5mm pistol rounds of the turn of the last century. However, that’s where the similarity ends. Brno’s has created a monster, with a muzzle velocity of 610m/s (2001fps). This is fast, outstripping 9mm Para by quite a bit. Intended for both target shooting and hunting, Brno will be offering three different bullets out of the gate: hollow point banded frangible nose, hollow point frangible nose and spoon tip.  This is a round designed to shoot fast, far, and flat, with the intent of serving as a game-changer in the world of pistol ammunition.

Will it? Is this the round/handgun that transforms our understanding of what a pistol can do? The answer is “not likely”. I have no doubts about quality of construction or performance, given Brno’s reputation. And I am impressed by the specs for the cartridge and can see the role it is intended to fill. However a proprietary round with proprietary magazines—Brno’s site explicitly states that “This cartridge will not fit in any magazine, nor will it function in any current production model pistol”–makes establishing the product a challenge. We all recall past attempts to do so that failed to achieved their market share goals.

Brno may be onto something big, or they  may have a niche product on their hands. I’m drawn to the balancing classic features which recall the best of Browning, Luger, and Mauser with 21st century innovations and performance. Time will tell, and until then I’ll do my best to get my hands on one.