The Four Safety Rules are for Fighting, Not Just Range Safety 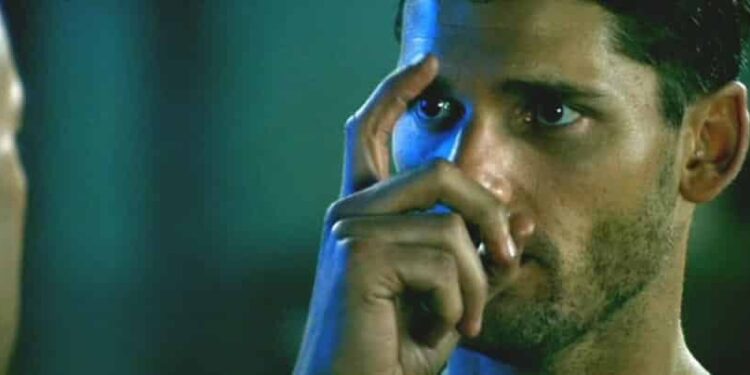 The four rules of firearms, as codified by the late Jeff Cooper, are standard among the firearms community and should be well known to all who attend any sort of formal training. The four rules are ingenious because they are easy enough to remember and they cover the rules of safety in a redundant fashion. Essentially, to have an accident with a firearm more than one rule must typically be violated.

Some firearms trainers refer to the four rules of gun safety as “four life rules” and I agree with this assessment. Anyone who spends significant time with firearms must adopt these four rules as part of their lifestyle to ensure safety. Firearms are inherently dangerous and accidents happen when people become negligent. The four safety rules, however, are about more than safety while handling or practicing with a firearm. Rather, these four rules should always be in play when using a gun no matter what the circumstances, even during a defensive gun use.

The four rules have some variation in the exact verbiage from one institution to another but the principles are the same. Per Gunsite Academy, Jeff Cooper’s own institution, they read:

If diligently followed these rules ensure that we don’t make potentially deadly mistakes when handling guns, but they are about more than that. These four rules are intended to govern our behavior with firearms at all times whether we are handling guns administratively, shooting guns at a range, carrying a gun concealed on our body, hunting, or indeed fighting with a gun.

Rule 1: All guns are always loaded

The principle “all guns are always loaded” denotes that guns should be treated in only a singular fashion: as if it is always loaded. In the wake of almost every story regarding a negligent discharge the responsible individual usually says “I thought it was unloaded.” The mistake is not a result of the negligent party mistaking the gun’s condition, but rather of the individual’s treatment of the weapon as different when unloaded. Loaded or not, a gun should not be pointed at “anything you are not willing to destroy.” Rule one is not only for safety at the range, but it should be a lifestyle for those who handle firearms.

Rule 2: Never let the muzzle cover anything which you are not willing to destroy

Muzzle discipline is exceedingly important for those who handle firearms and it is a discipline that takes time to truly inculcate. While most shooters realize that violating the second rule may get you kicked off the range by a diligent range officer, there is more to it than that. Muzzle discipline remains paramount, in fact especially so, when handling a firearm under stressful circumstances. A large number of lethal force encounters take place around crowds of people. If you must draw a firearm to defend yourself or another innocent party then muzzle discipline must be maintained so as not to flag innocents with your own weapon.

Depending on the circumstances you may need to choose a direction in which to point the muzzle if not actually engaging a target. Under dynamic circumstances there may not be a truly “safe” direction to point the gun, so you may need to choose the “safest” direction. For example, if you have children below you around your legs pointing the muzzle towards the deck will not be appropriate. Perhaps you are in a building where there may be others on the next floor up that your bullet may penetrate. This means a muzzle up position is not truly safe but is perhaps the best option at the moment. This is an example of how the second rule of gun handling is a life rule made for fighting.

Rule 3: Keep your finger off the trigger until your sights are on target

Ah, yes, this is the one that most inexperienced people consistency violate. This is also the rule that Hollywood loves to violate. Almost every movie and show display cops and other individuals running around with fingers on the trigger. Yes, an alert trainer or range officer will remind you to keep your finger out of the trigger guard unless shooting, but there is more to it than that.

Trigger finger discipline is exceptionally important when handling a firearm in stressful and dynamic circumstances. There may not realistically be a truly “safe” direction in which to point your gun under such circumstances, so what is the primary safety mechanism for preventing negligent discharge? Your trigger finger. I have seen a number of videos showing police officers negligently touching off rounds while holding suspects at gunpoint. Not good. There is also the occasional account of a homeowner being startled and shooting an innocent party. These incidents can often be attributed directly to the gun handler having their finger on the trigger when not on target firing. Rule 3 is for fighting.

Rule 4: Always be sure of your target

The fourth rule of safe gun handling is paramount in any sort of self-defense scenario with a firearm. It is also exceedingly important when in the field hunting game of any kind. There have been unfortunately quite a few shootings in which an innocent party has been shot because a self-defender has shot at only a shadowy object in low light rather than a clearly identified threat. Likewise, there have been many hunters shot and killed because a fellow hunter shoots at a glint of movement in the brush. Know your target. This is where carrying a white light at all times factors into the everyday gear of the concealed carrier.

The fourth rule is often and appropriately expanded to “Know your target and what is beyond and around it.” What lies beyond the threat? Is there a secure backstop for missed shots or a bunch of kids running around in the mall or a park? Perhaps you think you won’t miss. Well, if you think you never miss then you have never trained under any sort of induced stress. In critical lethal force incidents missed shots are likely even for the most trained shooters, so know what lay beyond the target. Likewise, know what is in front of your target. Do you have a clear lane of fire or is there innocent people in the way, or about to be in the way? The fourth rule is for fighting.

So next time you recite the four rules to yourself or teach them to someone else consider them “life safety rules” because if you carry a gun for self-defense the rules should always govern your actions with a firearm, whether at home, on the range, or in a fight for your life.