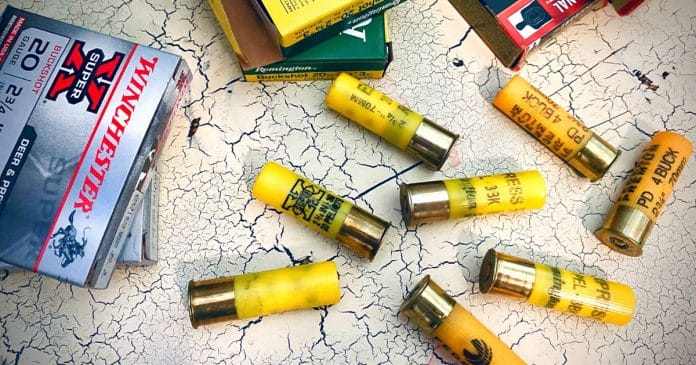 For the most part, the home defense shotgun category is dominated by a 12-gauge shotgun. It is the gold standard of shotgun versatility and what everyone uses. Thus, all the R&D goes, and new technology is applied, especially concerning defensive use. Because of this, the 20-gauge has some pretty significant problems when it comes to using them for defensive purposes. Wait, what? You heard me right. Hear me out.

We have talked about load selection for shotguns before. Regardless of what gets bandied about on the forums, YouTube, or whatever your favorite flavor of social media is, 00 buckshot is the king of defensive shotgun loads. It is where all the juice is. An argument can be made for #1 buckshot, and maybe even #4 buckshot, but the International Wound Ballistics Association had something to say about this over 20 years ago. It isn’t new info, and any shotgun instructor worth listening to pretty much says to use 00 buckshot because that is where the best performance is in terms of pattern size, reliability, and recoil.

If you are familiar with 20-gauge, you will know that there are not 00 buck loads in 20-gauge from the more reputable manufacturers. There are one or two #1 buck loads, but they are not very good. The pattern about like you would expect bottom shelf buckshot loads to the pattern. The usual buckshot loads for 20 gauge are either #2, #3, or #4 buckshot. We can get some decent loads with those shot sizes, with plated and buffered shots at least. The wad technology available in 12-gauge still isn’t there, but maybe for home defense ranges, we can go without. Careful choke selection will help us out a little too. However, even though they are still buckshot, all of those shot sizes are at best marginal options per the IWBA.

What About Lighter Recoil

Maybe we can do with just marginal performance from our load options if we can get enough of something else to justify the 20-gauge. The usual argument for the 20-gauge is that it is a smaller, lighter shotgun with less recoil. It sounds excellent. We could probably be okay with lackluster load options if we get a handier gun that works for more people. Unfortunately, the math on smaller + lighter does not equal less recoil. The 20-gauge gun still pushes close to the same payload at about the same muzzle velocity as a 12-gauge. The forces involved are close to the same. With the gun being lighter to boot, it ends up pretty much even in terms of recoil. Factor in that there are some really light, incredibly low recoil 12-gauge loads that don’t exist in 20-gauge, and the 12-gauge still ends up being the better choice for the recoil adverse.

So, what does the 20-gauge shotgun have going for it in the home defense role? Well, really nothing. That is ultimately the problem. It sounds like a good idea, but it just doesn’t work out that way. Load options are marginal; the less recoil thing doesn’t really pan out well enough to matter; the only thing left is just that it is a little smaller. The cost just isn’t worth the reward. In fact, there is an answer to the smaller, lighter, less recoil home defense shotgun question, but we will save that for another day.

“That’s racist!”, my wife said, as she walked into the room and looked over my shoulder as I was reading the above article on my big 32″ computer screen.
“Huh?”, I said, wondering what the heck she was talking about.
“He’s ‘racist’ because he has a different opinion than mine, because I LIKE our little 20 gauge much better than that ridiculously heavy kicking 12 gauge you prefer.”
I just sat there trying to make sense of this, probably looking kind of blank eyed, so she continued. “Haven’t you’ve been watching the news? Anything the left doesn’t like or agree with they call ‘racist’ and ‘white supremacist’ and so forth, and so I am simply applying the same democrat logic HERE. He prefers 12 gauge for self / home defense while I like the 20 gauge better, so HE IS A RACIST. End of story!”

Leftist logic, most especially including leftist anti-gun logic, is like that of a hardcore religious cult fanatic: It simply cannot be reasoned with…. so apparently YOU ARE a 20 gauge “racist!”, at least to some people. I think my wife nailed it perfectly.

Just because you can shoot 12 gauge doesn’t mean that everyone should too. When did guns that are not popular to “professionals” become the equivalent of fairy dust? What’s next 38 special is a slap on the wrist?

I can shoot 20ga too. My beef with 20ga is that there are not any buckshot loads that I have found that give the level of performance of low recoil 12ga loads. There are some really low recoil 12ga loads, low enough recoil that off sets any recoil advantage that 20ga has. The only thing that 20ga has going for it is that the gun is smaller, but even that comes at a price.

I dig 20ga as a general purpose gun, if someone made a really good personal defense load in 20ga, I would be cooler with it as a defense gun.