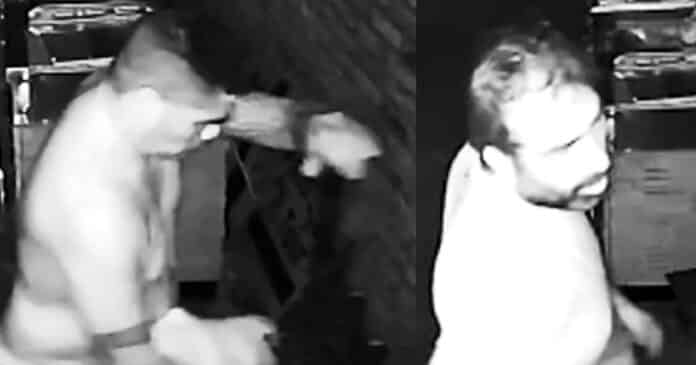 A Houston man was woken up by his wife around 3 AM last week telling him she thought there was someone outside their home. The man got up to look outside, and after moving his curtains, he saw a shirtless, tattooed man looking into his 6-month-old’s bedroom.

From the homeowner’s interview with the media, it sounds like he decided to go outside and confront the intruder. He had a firearm, but it wasn’t loaded. After asking what the man was doing there, he loaded his gun, which caused the unarmed intruder to raise his hands. As the homeowner held the man at gunpoint, he said he was looking for a place to hide from six armed gang members.

The homeowner called police numerous times and wound up holding the man at gunpoint for 47 minutes.

I can definitely understand the emotions of seeing someone peering through your daughter’s bedroom window. But going outside to confront a suspect or suspects is a bad idea. And even a worse idea to walk out with an unloaded firearm. You never know what you are walking into.

The intruder said he was hiding from gang members. I’m pretty sure they weren’t looking for him to pay back some money they borrowed from him. What would have happened if the homeowner was outside confronting the intruder as six armed gang members showed up? He could have found himself in a bad situation that turned worse really fast.

I get that he had to wait almost an hour for the police to arrive. I still don’t think that warrants going outside to confront the suspect. Arm yourself. Get your family into your safe room. Call the police. Do you have a home defense plan? If not, now’s the time to make one.