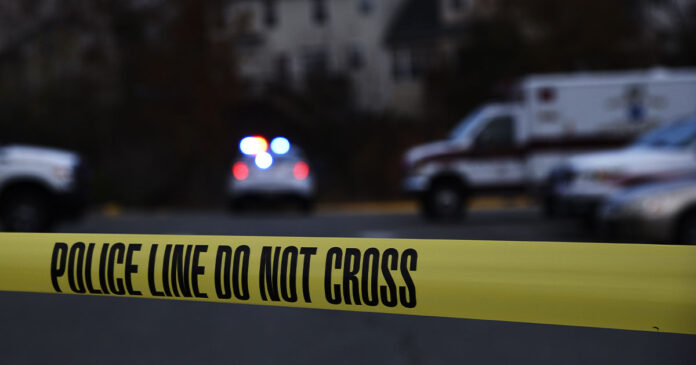 A homeowner in the St. Louis area heard a knock on his front door at about 1:40 AM. He went to the door to ask, “Who’s there?” Hearing an unfamiliar voice while someone was trying the doorknob, he became concerned and grabbed his revolver.

He returned to the door, opened it, and saw two men in masks. One of the masked men sprayed mace at the homeowner, who then fired his gun, closed and locked the door, and called 911.

Officers found one of the men dead on the porch and shortly after apprehended the second man attempting to leave the scene in an SUV. He will be facing second-degree murder charges, among others. The homeowner was not arrested.

What is it that compels some people to have to open a door just because someone is knocking on it? Given the time of day and the unfamiliar voice, along with someone fussing with the knob, this homeowner was right to be concerned to the point of getting to his gun. But why go back to the door and open it instead of calling 911 and reporting the situation to the police?

How about shouting through the door that he had called the police and tell them to get off of his property? If done during the 911 call, those commands would have been recorded and could have benefitted him later. He could have even told them that he was armed and will defend himself if they enter. (I’m assuming that there was no previous relationship between these men.)

This is why we must get some sort of training in how to deal with these types of situations before they occur. That way, at least some decisions can be made in advance, and we are less likely to make unwise choices at the moment.

A simple peephole in the door or a doorbell camera would have allowed the homeowner to see who was there without having to open the door. Do you have one or both on your front door?