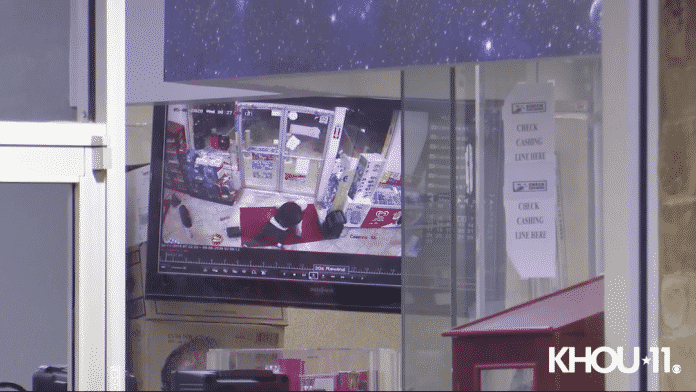 About 1:30 AM on a Wednesday at an Exxon gas station convenience store, two men forced their way through the locked doors. Security video captured the incident.

The clerk was in a Plexiglas pod at the time and was able to access his gun and fire on the suspects killing one of them. The second ran from the scene while two others apparently abandoned him as they drove away in a BMW.

A man with a gunshot wound was found near the store, but police have not yet confirmed if it is the same man that ran from the store. The clerk did not suffer any injuries.

I can’t imagine too many situations that could be more frightening for store clerk than to have two men, with two more in a car outside, break through the locked doors, and come after you. You’re all alone in a fairly confined space with no easy way out.

It was not reported that the suspects were armed but two, or potentially four, on one still presents at least a potential deadly force threat. You can’t see the clerk on the video, but based on the actions of the suspects, it looks like he didn’t hesitate to respond to the threat.

This is one of the great benefits of knowing and understanding of self-defense law, and that is then being able to act quickly and decisively to end the threat as soon as possible. His actions quickly chased the suspects out of the store before they had any chance to gain a tactical advantage.

If you are not fully confident about the laws regarding self-defense where you live, now is the time to start educating yourself. 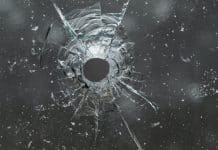