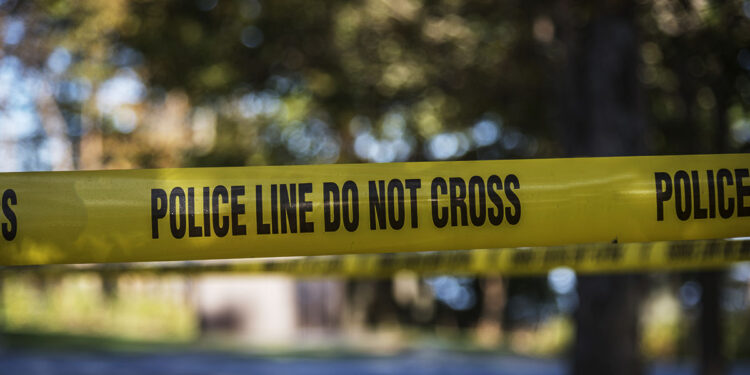 We have all heard of a carjacking, but a lawnmower jacking? Imagine seeing your wife getting attacked by a naked man in your front yard as she is mowing.

A call came into 911 at around 5 PM last Thursday about a naked man assaulting a 67-year-old woman mowing her lawn. While police were on the way to the scene, they were told that the victim’s husband had shot the suspect.

Deputies arrived and found a 25-year-old man dead from multiple gunshot wounds to the chest in the front yard, according to the Bibb County Sheriff’s Office, about an hour southeast of Atlanta, GA.

The homeowner said he tried to pull the naked man off his wife, but the suspect attacked him. The suspect then started attacking his wife again, and that’s when the husband got his gun and shot the 25-year-old. He struck the assailant multiple times, and he was later pronounced dead. They took the wife to the hospital, where she was treated for her injuries.

we are all packin, even her, so if somebody comes into the house, we know ways to protect ourselves. 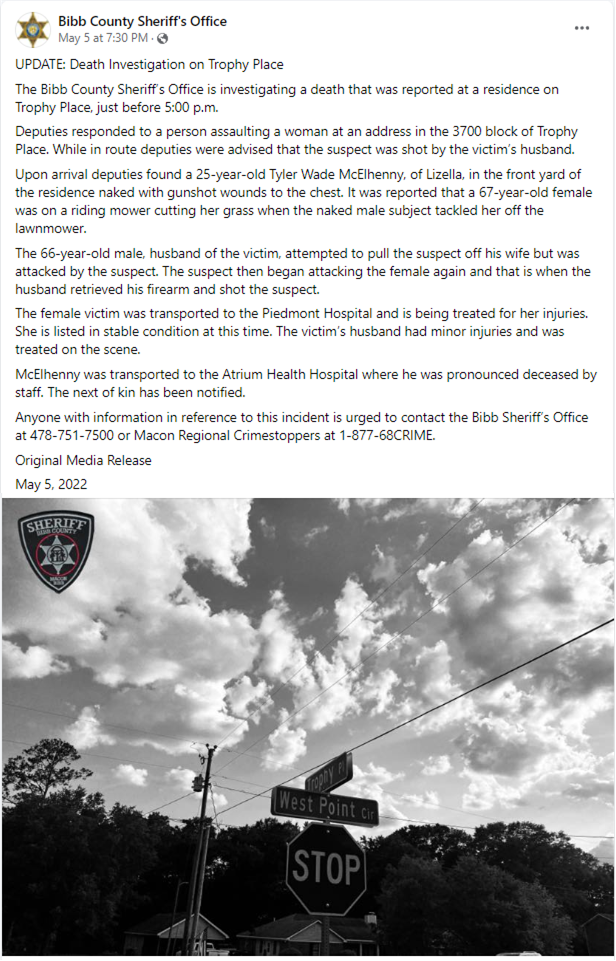 A gun is only useful if you have immediate access because it may be too late if you have to go retrieve it, as this guy did. This is the first time I have ever heard of a naked guy (and probably the last) attacking someone mowing a lawn, but it is not the first time someone has needed a gun in their yard or neighborhood. These incidents are more common than you think, and animals often commit attacks. There have been a lot of self-defense shootings where a dog has attacked someone, either in their own yard or in the neighborhood they lived in. Once you get used to carrying your gun everywhere, even around the outside of your house, it will become second nature and part of your daily routine.

What were their injuries…poked eyeballs! Just kidding, good on them for protecting themselves!