You Are on Your Own: Inspiring Others to Prepare 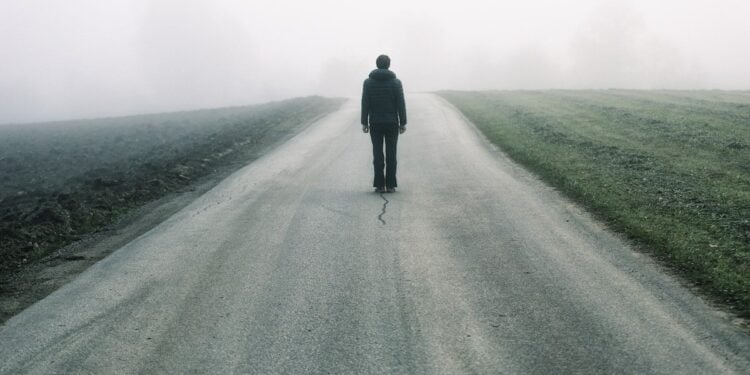 If you are a concealed carrier, who has been practicing a prepared lifestyle for any amount of time, you probably get asked, at least on occasion, a variety of questions. Do you think I should buy a gun? What gun should I buy? Do you think the neighborhood is safe? And so on.

If this past year of 2020 has not been enough to inspire an individual to arm themselves and prepare for self-defense, I frankly don’t know what would be. Due to the pandemic and the civil unrest that has swept our nation, many first-time gun buyers have entered the fold, and many individuals have started considering their own safety and preparedness for the first time. If you are asked by people still on the fence, how can you best guide them on their newly discovered quest for self-sufficiency in their own personal protection?

I have found that encouraging others to prepare through common sense is more productive than doing so through fear and panic. The recent run on guns and ammunition is a fear response among many that have waited until now to arm themselves. For those of us who have been in the world of self-defense for a long time, this seems ludicrous. Why did it take a national emergency to wake people up to what should have always been obvious? Nevertheless, it is only now that many millions of new people have armed themselves. Therefore, if you are dealing with someone who is considering arming themselves for the first time but still unsure, how can you best offer reasonable and sound advice? Here are a few tips:

Emphasize the Personal Responsibility of Self-Defense

Perhaps the greatest hurdle an individual must overcome to embrace preparedness is seemingly the most simple: the acknowledgment that you are responsible for your own safety. People in society generally run a gamut from those who depend on the government for everything to those who want as little government interference as possible. What is perplexing about self-defense, however, is the inclination of most to feel no personal responsibility for safety, even among those that take personal responsibility for all other aspects of their life. Why this dichotomy?

Remind these sorts of individuals that the need to be personally responsible for the safety of themselves and their loved ones has always been present. The chaos of this past year did not create that need. It only emphasizes it. Also, point out how they take personal responsibility for their own life in other regards.

Do they work to provide? Do they have insurance on their home and vehicle? Do they have smoke detectors in their home? Why should having the tools and training necessary to defend against criminal predation be any different?

I often encourage people to actually look at the CDC statistics concerning house fires, then compare that to FBI statistics concerning home invasions. More Americans are hurt or killed by criminal assault in the home than by fires. Point this out. Remind them that, should they neglect having working smoke detectors in the house, society would consider them negligent. Yet, why is society fine with not being prepared to deal with the statistically more likely and dangerous home invasion?

Such a suggestion is apt to be met with “yes, but guns are dangerous, and I have children.” Another statistic to share would be the fact that more children poison themselves with household cleaners every year than hurt themselves with firearms. Just as the parent of young children should lock up the closet that contains dangerous chemicals, so should they lock up firearms in quick-access safes to ensure no child or unauthorized adult can access them.

One argument that truly baffles me is when a person on the fence about arming themselves states, “but I live in a safe neighborhood.” The current civil unrest that has led many to prepare for the first time is in itself an example that no neighborhood is immune. Point out this fact. Beyond this, however, emphasize the reality that there has never been “safe neighborhoods.” While some neighborhoods have much less crime than others, even the locations with the lowest crime rates are in no way immune to criminal activity. Many of the most horrific home invasions have occurred in pristine neighborhoods. Affluent neighborhoods have affluent homes in which there resides much that criminals desire to obtain.

The reality remains that any home that is accessible to humanity is not guaranteed to be safe, nor are any streets on which other human beings walk. A parable is that of house fires: is a safe neighborhood exempt from house fires? Well-built, modern homes may be less likely to ignite compared to structures in less affluent and run-down neighborhoods due to safer construction and safer life practices among the inhabitants, but they are hardly immune to the threat of fire. So it is with criminal activity. A location that has less crime will still not be immune to crime and violence. Just as the threat of fire remains in any neighborhood, so does the statistically more likely threat of criminal activity and home invasion.

Emphasize This Fact: You are on Your Own

Be sure to emphasize the clear fact that violence happens in seconds, and the police are, at best, minutes away. This is a seemingly obvious notion that alludes many. Even if a victim manages to place a call to emergency services, the response time is still minutes away under the very best conditions. A violent assault on the street or in the home takes only seconds. A person must be their own first responder.

A contemporary trend that has led many to worry for the first time about their safety is the push among some city leadership to defund the police. Therefore, depending on where you live or on who is in political power, you may have no police response to rely on at all. You are on your own. The only first-responder for yourself and your household is you. Make this sad but true fact as clear as possible.

So, use this advice to your advantage when speaking with and encouraging those new to this life. Remember that everyone we bring to our side is a potential ally in making our future more secure as a community and a nation.

Attempted Robbery Ends With One Dead, One Injured After Man Takes Gun From Suspect

Attempted Robbery Ends With One Dead, One Injured After Man Takes Gun From Suspect