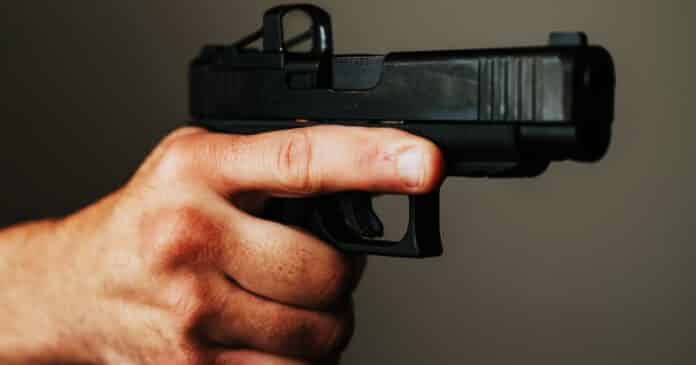 A story we previously covered about David Havens, 53, has garnered more details about what happened before breaking into the home where a homeowner’s daughter was alone.

Havens and his actions before the break-in were quite the oddness, as exclaimed by neighbors. He was seen throwing a child’s scooter across one home’s lawn before approaching the home he broke into. The daughter stated she heard Havens barking like a dog before trying to break in. As he was turning the doorknob, she called the police.

Another neighbor also attempted to confront Havens before the intruder was verbally warned and shot by the homeowner while police were on the way to the scene.

“It was shocking to all of us, and we have a tight neighborhood, and we all communicate and so we all kind of were in it together,” one neighbor said.

Again, we have to be vigilant about our surroundings. There are people evil and senseless enough to prey on your safety.

As stated before, if you have children, it would be ideal to outline a plan of how to counteract trouble when they are home alone. It is too risky to leave them unable to defend themselves with the proper tools. Hopefully, this reiterates the need for firearm defense and home safety with how tight-knit the neighborhood is said to be.

Regarding Havens, he is still recovering and being held on a $5,000 bond but is set to face a judge soon.