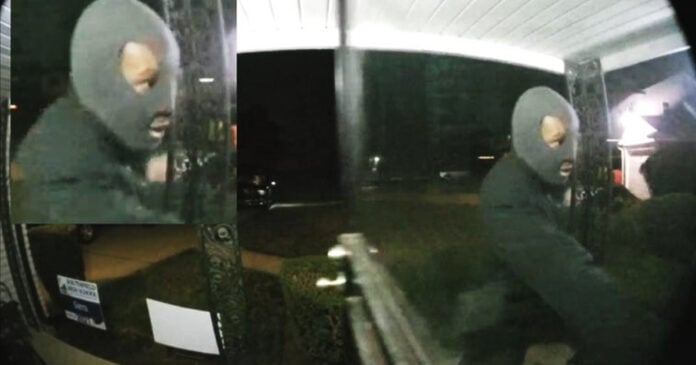 A Southfield, Mich. homeowner arrived home about 1:30 AM when he was approached by an armed man demanding money. The suspect timed his attack so that he could enter the home with the victim. He fired on the homeowner after he was in the house, but the victim was able to get to his gun to return fire.

The suspect then fled the home, and it was not initially known if either man was injured.

This is a common tactic with robbers/home invaders; that is to wait in hiding close by so that they can rush the victim as they are opening their door. With their back toward the attacker and the door open, it’s relatively easy for a burglar/home invader to gain entry this way.

Being it was at night, and the attacker was dressed in black and wearing a ski mask (confirmed by a doorbell camera), it’s that much more difficult to spot someone lying in wait to attack. This also works as someone is pulling their car into a garage as their attention is necessarily on parking the car.