Lateral Movement: The Most Useful Tactic 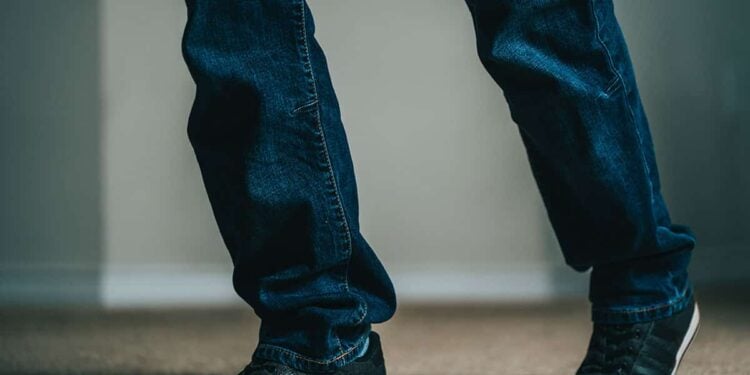 Over the past couple of decades, as more people have joined the ranks of teachers and thought leaders in self-defense, certain trends have emerged. One aspect of self-defense that has been further refined is movement in reaction to a violent attack. Over the course of decades, many hard lessons have been learned in both law enforcement and civilian self-defense. In twenty-twenty hindsight, it can be easy to say what an individual should have done to prevail, but it is disingenuous to judge so harshly. The many tactics and skills that have both failed and prevailed have been documented as a benefit to all currently invested in the craft of self-defense and personal preparedness.

One tactic that has risen above the rest as a winning approach for defeating a variety of attacks is lateral movement. There are a variety of takes on this technique, but the essential considerations are these:

First, backpedaling, walking backward to put space between yourself and a threat, too often results in falling down. Humans are not designed to walk backward, especially when panicked.

Second, walking directly forward to close the distance with a threat may make sense for certain scenarios, but most often, distance is your friend, and the closer you get to a threat, the more danger you are in. In terms of gunfighting, distance drastically favors the skilled party; an unskilled criminal can certainly get lucky, and the closer the distance, the more likely he is to get lucky.

Therefore, when facing a violent threat that rapidly encroaches with a contact weapon, or perhaps is stationary or moving with a firearm, lateral movement of some kind is most often the best reaction.

One technique that has long been taught, and has indeed been used successfully in the real world, is the simple side-step to get “off the x.” As it is taught, while drawing your gun, you will take one step to the side, come to a stationary position, and fire. This movement is generally unexpected for the criminal actor, and the need to visually track you buys you a moment to produce your counter-attack. I am generally not a proponent of this particular technique as I prefer an approach of constant movement while counter-attacking, but the side-step has been done with success in the real world. I would argue that it certainly beats staying stationary while drawing your weapon, and it is an easy technique to learn.

Moving beyond the side step, we embrace the technique that I most highly suggest as a go-to tactic when facing a violent attack: diagonal movement. This technique involves moving off the x and staying in motion while retaliating with gunfire. This technique works best when moving in a diagonal line in relation to the threat, not in a 90-degree angle. Think of the face of a clock; if you are the self-defender at the center of the clock and you are facing the threat, who is standing at the 12 o’clock location, you want to move towards 10 or 2, not towards 9, or 3.

There are two reasons for moving in this diagonal motion: first, it is actually harder for the threat to track you when moving that way than it is if you make a perfect 90-degree angle of motion. Second, it makes shooting on the move much easier than if you are completely sideways to the threat.

When moving in this diagonal path, you want to stay in motion. You can stay on this track until completely flanking the threat, giving you a great advantage. You can also move at the speed necessary for the situation; obviously, the faster we move, the less likely for the threat to hit us, but the harder it will be to make accurate hits.

A good way to get a sense of how you can perform this tactic is to start with dry fire. Walking in a straight line, forward, diagonal to the target, you can use your upper body like the turret of a tank and turn towards the threat to shoot. The faster you move, the harder it will be to get good hits. Depending on the threat, you may be better served by moving at only a walk so that you are harder to track but can also make accurate fire. If facing a threat that is shooting at you, or perhaps rushing your position with an edged weapon, bursting off the x with all possible speed is needed, and putting rounds on target can be done once flanking the threat.

Also, consider which direction you would move, and practice both in dry-fire. If moving toward your support side, you will be able to make better hits with a two-handed grip. However, you will not always be able to move towards your support side; your path might be obstructed. Also, if charged by a threat with a contact or edged weapon, it is more sound to move to the side of the threat opposite his weapon hand. Therefore, if moving towards your own support-hand side, you may need to fire one-handed due to the angle you are positioned in relation to the threat. You should practice movement in both directions while shooting both double and single-handed.

In closing, I remind the reader that when reacting to an immediate threat that materializes suddenly, there is simply no time to ponder your best strategy. Having a pre-rehearsed go-to tactic is necessary, and lateral movement is most often the best option.

Man in Grocery Store Has Negligent Discharge; Shoots Himself in the Crotch

Man in Grocery Store Has Negligent Discharge; Shoots Himself in the Crotch