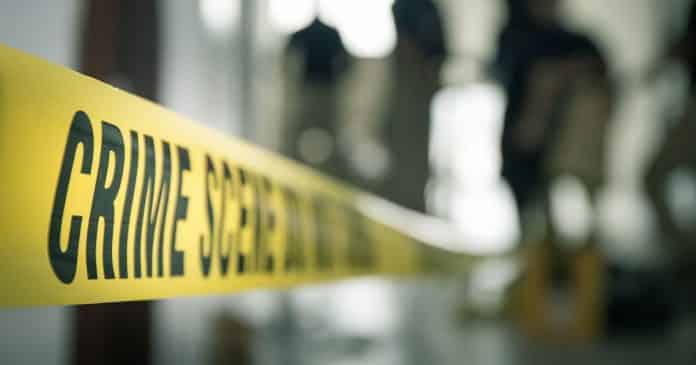 Following an argument with a woman at an apartment home, a man gathers his brother, stepfather, and a friend and returns to the home about 1:00 AM. The four men break into the home and attack a man inside. The victim fights free and gets to a gun in a bedroom as the men continue their attack against him. He is able to fire on his attackers and they flee the apartment.

Police find the man who orchestrated the attack dead outside the apartment and the other three wounded. A police spokesman said, “The victim of the home invasion is not being charged with a crime at this point.”

Home invasions are scary enough when they are random but this kind of targeted attack by men who are there for the sole purpose of hurting you are even more dangerous. This is the sort of attack where a firearm in the home gives one at least a fighting chance. And this one illustrates the importance of having enough ammo capacity to deal with multiple threats.

Yes, the average defensive gun use (if there really is such a thing) results in 3 or 4 rounds fired but that doesn’t mean that you might not need more than that. The report said that “shell casings littered the ground” so apparently more than average were needed.

As has been said before, “No one has ever been in a gunfight that has complained about having too much ammo.”