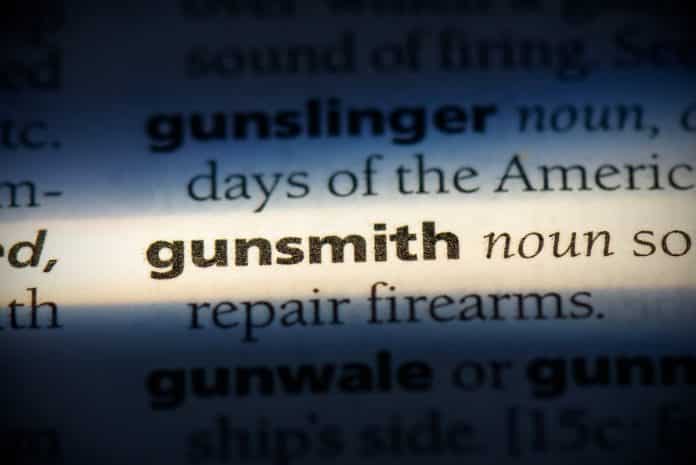 There are some gun repairs or modifications that are no big deal, and there are some that you should probably leave to a gunsmith.

It’s kind of like working on your car; there are some things that aren’t a big deal and some things that you should probably leave to a mechanic. Oil change, most minor repairs…go ahead! Rebuilding the engine? You might want to leave that to professionals.

Unless you already are a mechanic, of course.

The reason why is that some parts on some guns or at least some makes and models of guns have to be done absolutely correctly or else the gun will never work correctly.

And what are some of those things? 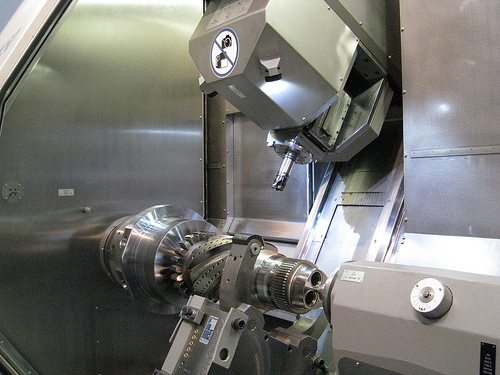 Unless you happen to have your own CNC milling equipment, and are a machinist, leave anything involving milling to the professionals.

Actual gunsmiths, who are actually fewer and farther between than you might think, are actually machinists who specialize in firearms parts rather than mechanics for guns, which is how most people tend to use them though not that there’s anything wrong with that per se.

Typically, the reason you’d mill parts require specific clearances and dimensions be achieved in the cuts either for milling receiver parts from stock, sight cuts and other applications. Precision is required, so this is definitely something that should be left to a gunsmith.

Barrel Swaps, With Obvious Exceptions We All Know About 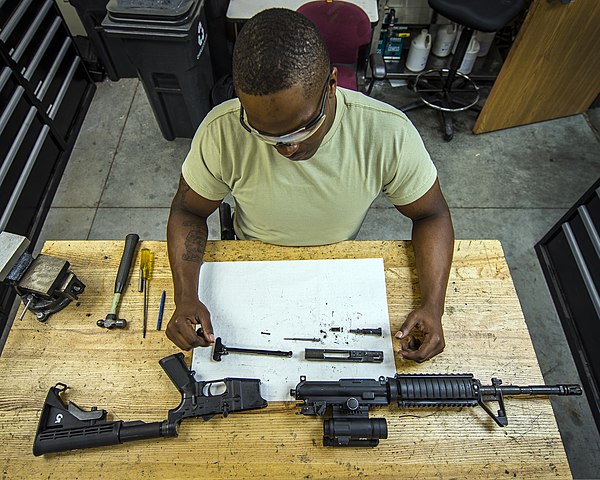 Obviously, some barrels are literally drop-in. You just put the new one in and that’s it. Most modern striker-fired pistols, AR platform rifles and so on. Those can be changed by the lay person without too much issue and with minimal tools needed.

However, not all firearms are like that, and barrel changes beyond simple drop-in changes should probably be left to a gunsmith for best results.

1911 pistols typically require anywhere from a little fitting to a lot of fitting to replace the barrel, depending on the model and the barrel.

Bolt-action rifles can be anywhere from simple to incredibly complicated to rebarrel, depending on the exact make and model. However, in all instances, doing so requires gunsmithing tools (such as an action wrench) that are not cheap to acquire.

Oh, and just like installing spark plugs…you better thread it perfectly or else you can be in for serious problems.

Then you have firearms with press-fit barrels, such as AK, HK91/G3/CETME rifles, FN FALs and so on. The typical design of these guns is to use a hydraulic press to press the barrel into a front trunnion that’s riveted or milled into the receiver.

Granted, sourcing a press isn’t necessarily difficult (typically a 20-ton press is required, and you can get one from Harbor Freight for about $200) and the operation is not complicated. Set barrel, press barrel pin.

But if you screw it up, you can wind up with headspacing issues…and that’s dangerous. Simple to do, but there isn’t much margin for error, so it’s better left to the professionals.

Literally Anything Involving A Remington 740 Or 742

The Remington 740 and 742, a formerly very popular semi-auto rifle from the 50s, is a veritable Rube Goldberg machine. If the people who designed it had half a brain, or for that matter any integrity, it could have been one of the all-time great rifles. Most wind up as wall hangers.

Today’s Remington 740 or 742 owner tends to have inherited it from a relative, such as a father, uncle, grandfather or what have you. The only advice there is as far as working on one is to forget it. Take it to a gunsmith.

The only thing to do with one is clean and lubricate it using evaporating contact cleaner, because you don’t want to try to take the damn thing apart, and hose it down with RemOil or other all-purpose cleaner/lubricant/protectant. Then pray like hell that the bolt lugs don’t eat the receiver rails…which they eventually will, because Remington (in their infinite wisdom) decided 1,000 to 2,000 rounds was about the average life expectancy of a rifle anyway.

Any gas-operated rifle (AR, AK, FALs, AR-18s and their modern descendants) uses a gas block to either directly blow the bolt back (DI) or to power a long- or short-stroke piston to operate the bolt.

If there’s any leakage in the gas system…gun don’t work.

This is also why the delayed roller blowback system HK 91/G3/CETME rifle is arguably better than the piston systems (no gas system to screw up!) but that’s a topic for another time.

This is why the most common problems with AR platform rifles is either a gas block installed incorrectly or a malfunctioning gas key on the bolt, often caused by poor staking, both of which are problems related to the gas operation.

And a whole lot of ARs and AKs get brought into gun shops for not running correctly…and it turns out the reason why is because the gas system was Installed By Bubba.

Usually some tacticool adjustable gas block because Bubba thought he’d get him a can…and doesn’t know what buffer weights are.

If there’s a common theme here, it’s that you should leave things to a gunsmith when there’s little or no margin for error.

You might also add revolver timing issues to you list as well. Revolvers are by no means obsolete.