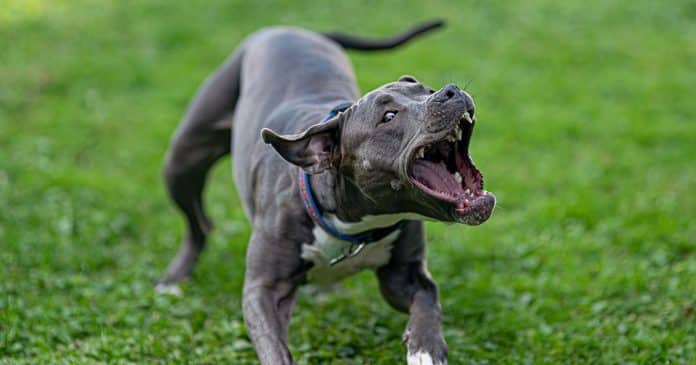 Early in the afternoon in Canton, OH a pit bull that was allowed to run loose attacked a 61-year-old man. The man’s friend, a 66-year-old concealed carry permit holder came to his rescue, sort of.

The friend fired three shots at the dog ending the attack and killing it but in the process, he also shot his friend in the right calf. The man suffered dog bites to his left leg. The injuries were not life-threatening.

The dog’s owner was ticketed for letting the dog run loose. No charges announced against the concealed carrier.

Wow, this will really test a friendship!

While a dog attack could be life-threatening, you never want the rescue to be more threatening than the attack.

Dog attacks can be scary, intense, and very dynamic, especially with a pit bull. The dogs are not all that big and they move very quickly as will the one being attacked. You can easily imagine a lot of motion taking place as well as shouting and screaming as the victim tries to get free.

While over-penetration is always a concern with small animals (which could have led to a wound in the leg being bitten?), allow me to speculate that because the neighbor shot the other leg it’s possible that he simply missed while trying to shoot the dog. Target isolation would be difficult at best in a situation like this so, if you feel like you have no other option, perhaps a contact shot would reduce the risk to the victim of the attack.

This could be helped by going hands-on and grabbing the dog and then directing the shot away from the victim in case it does over-penetrate. That’s right; this would not be easy and should only be attempted when you have no other option to save a life.