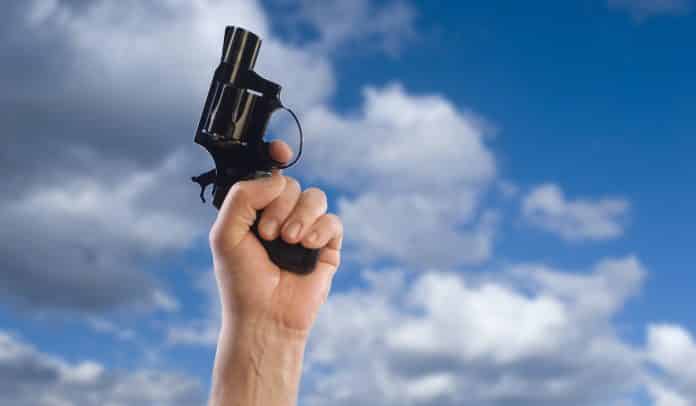 A property owner was called by multiple people stating that someone was living on one of his properties, presumably, a homeless man. The owner and his friend decided to go check it out together, the owner, armed with a revolver.

Once they got to the property, they found a small shelter. The man living in the shelter threatened to kill them if they touched anything.

“The man picked up a trash can and started walking aggressively toward the owner and the friend.” Reported TheTandD.com.

That’s when the owner of the property drew his revolver and fired a warning shot into the air. The man living on his property ran off. Police later found him and issued him a trespass notice.

Now, we’ve said it before, and we’ll say it again.

We’ve covered this in other articles, including Sam Hoober’s article, “Never Give Warnings Or Fire Warning Shots: Just Shoot The Threat.”

Does a man with a trash can walking toward you and a friend aggressively warrant the use of deadly force? It obviously depends on the situation, but I would say in most cases, probably not. And if the property owner fired a warning shot, then I would assume he didn’t feel like his life was in danger, hence the warning shot.

The story didn’t mention that the property owner was or would be changed, but that’s definitely possible. 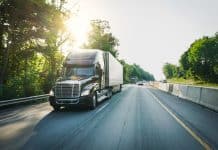