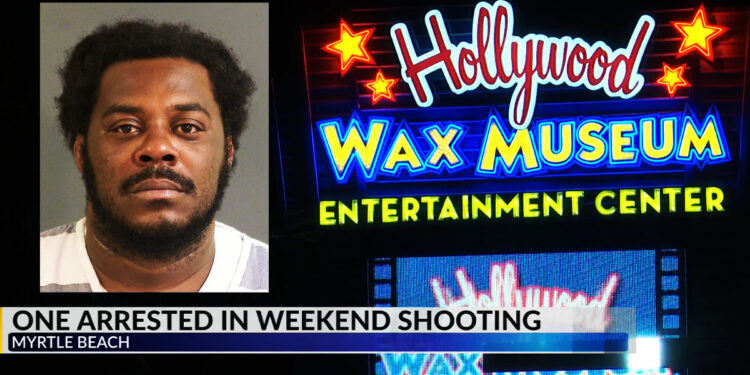 While there are some details we do not know about this incident, such as who’s gun it was, the main takeaway is that you need to carry a gun in a proper holster with proper retention.

On Saturday, April 16, 2022, a group of people went to the Hollywood Wax Museum around 8 PM to go through their zombie experience called Outbreak: Dread the Undead. At some point in the walk-through, a performer scared the group causing one person to fall to the ground. We can assume that the person that fell to the ground was carrying a gun because, after that, a gun slid and hit one of the group members in the foot.

That man then picked up the gun, thinking it was a prop gun, and fired it at the performer twice, hitting him once in the shoulder. Then the shooter, realizing it was a real firearm, gave the gun to his 15-year-old son and fled the scene.

He was arrested the following Wednesday and charged with contributing to the delinquency of a minor, and more charges are likely to follow. They have yet to determine whose gun it was.

So what we don’t know is if the gun was being carried legally by someone with a concealed carry permit or not. Either way, this is a good reminder that you should be using a proper holster with retention.

And if you think you have a good holster, have to really put it to the test? Strapping the gun on your hip at home and walking around to make sure it stays put is not enough. While you might not be planning on doing backflips on the dancefloor with your concealed carry gun, you never know where you will end up during a self-defense encounter. Will your gun stay put if the fight goes to the ground? That is definitely something you need to consider and be prepared for.

Lastly, there’s the issue with just picking up a gun, thinking it is fake, and pulling the trigger while aiming at someone. I get that not everyone knows the 4 Rules of Firearm Safety. If you are reading this, then I’m sure you do. But not everyone is a gun fanatic. I can see how someone might think the gun was a prop, especially in a zombie survival experience. But that doesn’t make it okay to pick it up and shoot someone, and I expect the shooter to be charged accordingly.

Follow Through on All Repetitions: A Skill to Develop in Training

This guy wounded a zombie while Alec Baldwin murdered a crew member. This guy has been arrested while Alec has not only not been arrested but has been on television lying about what happened. Elite privilege just like Will Smith.