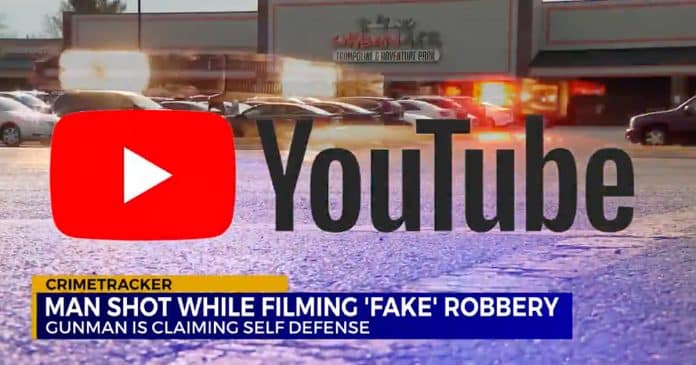 A 20-year-old Tennessee man and his friend apparently thought it would be fun to enact a fake robbery as part of a YouTube video they were making. They went to a small strip mall where they could find a group of people and approached a random group with “butcher knives”.

A 23-year-old man in the group took the threat seriously, drew his legally carried gun, and shot one of the knife-wielding men. He later told police that he had no idea that the robbery was a prank and that he acted in self-defense. Unfortunately, the 20-year-old did not survive his injuries.

The investigation is ongoing but no charges have been filed.

So is this a justified case of self-defense? Let’s take it apart piece by piece.

The law requires that the attack be imminent meaning the attack is happening right now, in the moment. The attacker would need to demonstrate intent to harm with words or actions and have the ability and opportunity to be a deadly threat. Two young men brandishing large knives would seem to meet that definition. We don’t know what might have been said but if the attackers were playing their part well that could have added to the victim’s fear.

The victim must be an innocent party and given they didn’t know each other and were selected at random that would seem to be a given in this case.

Tennessee is a Stand Your Ground state so there is no legal duty to try to retreat before defending oneself but it can likely be argued that a reasonable person would have anyway. This could depend on the distance the two men were from their victim when they revealed their knives. It would be difficult to defend against a pair of armed attackers if they chose to rush their victim from a close distance. An immediate reaction would seem to be a reasonable defense. Perhaps there is some security video from the parking lot that would shed more light on the actual incident.

The last factor is whether the victim’s actions would be considered reasonable to someone else facing the same circumstances. Again video would be helpful here to show the attacker’s reactions to the gun being drawn. If they dropped the knives or in any way retreated upon seeing the gun then this could be an issue for the “victim”.

It should be noted that the fact that this was a prank is not legally relevant. What matters is whether the perception of the victim was reasonable given the situation. Since he had no way of knowing the attack was fake he had no choice but to act on what he reasonably perceived as a deadly threat.

It’s very much the same as when it turns out that an armed robber used a realistic-looking toy gun. If the threat looks real, the law allows victims to act accordingly.