Managing Violence at the Front Door 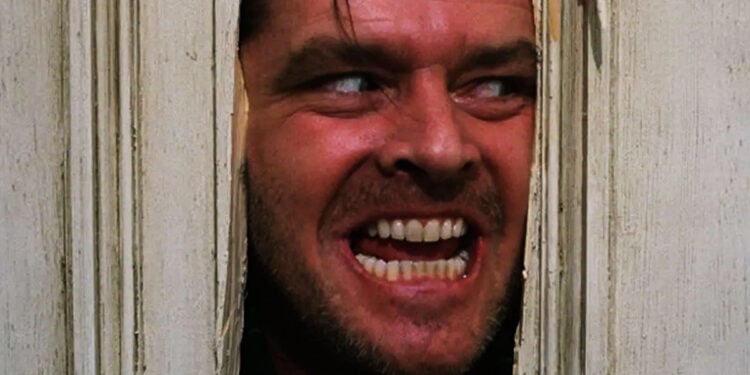 A recent, and particularly high-profile, incident has reminded us that a great deal of violence is of a domestic variety between family and close acquaintances. Naturally, such violence often occurs within the home. Sometimes, however, conflict occurs right outside of the home, in the front yard, as transpired in this referenced incident. Such violence is not unique to domestic disputes among relatives. There have been such conflicts between disputing neighbors, or simply homeowners and troublemakers passing through. The simple fact is that violence can visit you even in your home, or the area immediately surrounding it. Most prepared individuals spend at least some time considering a home defense plan, but few consider their course of action for violence that occurs in the front yard, in front of their door, or on the sidewalk in front of their house.

Often, the conflict that occurs in front of a residence is not black and white in nature. If standing in your front yard when a madman goes on a rampage in the neighborhood and starts attacking neighbors, or when a van of gangsters rolls up and charges your front door, your course of action should be quite clear. Do you home carry? Does your home carry extend to outside of the home? It certainly should. However, the nature of domestic disputes, or heated situations between neighbors, are hardly this clear cut. Instead, violence in the front yard is often a matter of heated arguments turning deadly. There are quite a few recent incidents that illustrate this: a shooting that resulted from a domestic dispute over child custody, a shooting that occurred between neighbors over shoveling snow, etc…, This particular strain of violence warrants consideration. How can such hostilities be dealt with in the safest possible manner?

One of the advantages of facing a hostile situation while in your own yard is that you may be able to simply get in the house and lock the door behind you. If facing a domestic dispute, an argument with a neighbor, or a scene occurring between your household and someone passing through the neighborhood, get yourself and your other household members inside the house if possible. This sounds simple, but such simplicity was lost on the recent examples of such problems that we have witnessed of late.

Getting inside of the house puts a barrier between you and the hostile element that serves two valuable purposes: First, many violent actors who are willing to get aggressive when in the open are not willing to break through a barrier to continue the fight. Second, forcing the aggressor to break through a barrier makes the situation much more defensible in a legal sense. Getting into an argument, which leads to a fight, which then leads to lethal force, is going to be a messy set of circumstances to sort out after the fact. Is it on video? If not, are there witnesses, or just different parties saying different things?

If such a situation can be avoided by getting into the home, do so. Now, if the aggressor breaks down your door to attack, any necessary use of force is going to be much more justified and defensible. Defense of self or of loved ones within the home is one of the easiest cases of self-defense to be made. Whether in a stand your ground state or not, if you have an avenue of retreat that you can safely take to get out of the yard and into the house, you are foolish to not take this option. Defending yourself and your loved ones from a barricaded position from within the house is not only much safer tactically, it is much sounder legally.

I am a perpetual advocate of home carry, and certainly of wearing your concealed handgun even when on your own property around the home. Violence happens fast and the only guarantee of having a firearm when it happens is to be wearing it. We have seen examples of homeowners retrieving firearms, even long guns, and bringing them back outside into an argument or violent situation. This is not ideal as there is no guarantee that you will be able to make it to the gun, and bringing a gun back outside can escalate a situation. Have your concealed handgun already on your person. If you do need to resort to lethal force due to a lethal threat, the means of doing so is immediately on hand.

However, many confrontations that we have seen transpire in the front yard, or at the front door, are not lethal in nature, though they may be aggressive. Using lethal force against “simple assault” is a non-proportional response that will be hard to justify. I am an advocate of always carrying OC Spray or other less-lethal tools even if you carry a gun. Having such a tool on you may be the best solution to a simple assault.

While most armed citizens have considered where and how they will store their home defense gun, I encourage you to consider some other tools as well for less-lethal situations. I keep a fire extinguisher and a large can of bear spray (which is OC Spray, just in a large container) accessible in the coat closet next to the front door. These two tools can serve a necessary purpose in the face of an emergency.

Consider the possibility of dealing with a violent, yet not deadly, confrontation between a member of your household and a hostile neighbor or relative. Obviously, if you can get your family member inside, simply lock the hostile element out. But, say there’s a throwdown in the front yard, on the sidewalk, or on the front porch. How would you handle that? Do you want to shoot an aggressive, yet unarmed, neighbor? Do you want to go hands-on? OC Spray is a perfect tool for short-circuiting such hostility. A burst of OC Spray may buy you time to then get your household members inside, lock doors, and call 911. Such a solution will be far less life-altering than shooting a neighbor dead.

Consider these ideas and plan out a course of action for dealing with violence that may happen upon you in the vicinity of your home, but not in the house.