Why Movement is Essential for Self-Defense – Part 2

Movement is critical to self-defense, but how well can you do it? Fitness is an important component of any self-defense training routine. It can help you survive a fight and is better at preventing death overall than any gun. 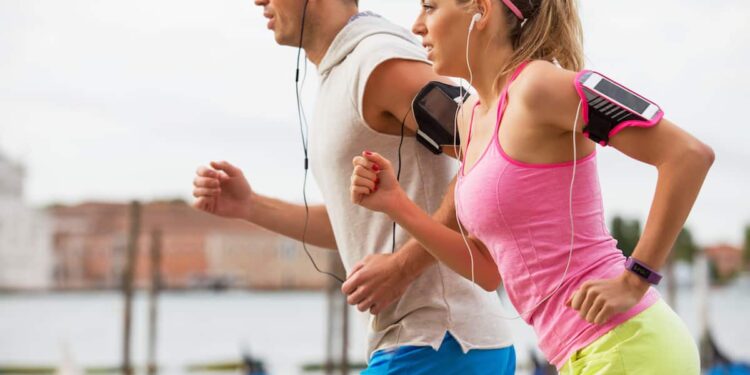 In the first part of this article, I discussed the importance of movement in any self-defense situation. To expand further on this subject, it is essential that you don’t take your ability to move for granted.

Everyone knows how to run, right? It isn’t hard – one foot in front of the other as fast as you can. Just like walking, but more quickly. As simple as it all seems, and as much as everyone has done it while growing up, I honestly believe that it is possible to forget how to run without realizing it. You, sitting there right now reading this, may have forgotten.

How Can Someone Forget How to Run?

Two examples spring to mind. When I was a teenager, and my mom was about 40, the whole family went to the park with the idea that we’d play some casual family softball. As soon as my mom hit the ball and started off toward first base, she made it a few steps before tripping over absolutely nothing and landing flat on her face. She ended up with this welt on her knee that stuck around for months. More recently, my father in law, about 47 at the time, volunteered for a team footrace with his nephew at school. He would probably consider himself an active guy, yet he too tripped over nothing while running and ended up breaking his shoulder, requiring surgery.

Neither person would have considered themselves incapable of running before their falls. Out of practice, maybe, but they thought they remembered how when they took off. However, my mom thought about it afterward and realized that she had not actually run, for any reason, for at least 15 years. Your mental memory remembers your muscle memory is there, but when the time comes, your feet may become surprisingly confused.

Both of these falls occurred in low-stress situations – casual, family athletic events. Under the stress of a violent encounter, things can be much worse. You don’t want to find yourself trying to survive a gunfight only to find that your feet don’t cooperate and you fall flat on your face. To paraphrase what I said in the last article, you don’t want a deadly encounter to be the first time you’ve tried running in a decade.

Being Physically Fit Plays a Big Role in Self-Defense

To reiterate my point from the end of the last article, I’m obviously not saying that armed self-defense should be reserved only for athletes. Firearms are important tools to empower those who are less physically able. But that being said, if you’re going to bother carrying a gun for self-defense and training your shooting regularly, you really need to ensure that you are able to move to the best of your physical ability. A decisive movement may be more likely to save your life than drawing your gun in many situations.

You don’t need to develop a jogging habit or become a gym rat. Very few self-defense encounters will involve feats of incredible strength or endurance. You don’t need to be able to run a 5K or even a hundred-meter dash. But you should at least make sure that you are capable of short bursts of movement without tripping over yourself. The kind of thing that can let you get out of harm’s way as quickly as possible. It is more about coordination than about cardio.

If you’re already devoting a certain amount of time to training with your gun, you should at least be spending a similar amount of time doing some exercise. Whatever is appropriate for your age, health, and ability. You should strongly consider doing more, too. All doctors recommend that all people exercise, as far as I know. Even if you’ve got some sort of injury or illness that makes a lot of things difficult to do, your doctor can certainly recommend something.

Because honestly, if you’re lugging a gun around all day, every day, and devoting some of your finite time on this earth to training with it, you really need to ask yourself “why?” The answer, I’m sure, is because you don’t want to be a victim. Because you care about your safety and, most importantly, want to keep on living for as long as possible. That’s great, and I agree. That’s why I carry a gun.

However, if you’re carrying a gun to preserve your life, but completely ignoring your health while doing so, your priorities might be a bit skewed. Heart disease is the #1 leading cause of death in the US and the world at large. There are about 600,000 deaths from heart disease annually, compared to about 17,000 homicides. Carrying a gun with you every day to your sedentary job and with you to eat a cheeseburger with fries for lunch is a bit ironic if the whole point is to keep yourself alive.

Fitness Might Help You Stay Alive Longer than Carrying a Gun

So again, if you’re already willing to devote the necessary time and energy into adequately training with your gun, it is pretty irrational not to spend the same or a more significant amount of time to keeping yourself healthy and mobile. Not only is it much more likely to prolong your life than your gun is, but it also improves your overall quality of life.

I don’t blame people for this irrationality. I used to do it myself. I’ve only exercised regularly and watched what I’ve eaten for the last year, beginning a little after I turned 30. Before this, I just relied on my youth and generally slimmer-than-average build to rationalize this behavior. It was my wife who decided that we needed to make a lifestyle change, and she was right. Now that I’ve exercised regularly for the first time in my life (and am 25 pounds down from my heaviest), I feel a whole lot better overall. 2-3 hours of exercise a week is all it really takes to make you feel noticeably more fit. And as it relates to self-defense, now I don’t just hope I can move. I know that I can run, jump, squat, crouch, etc., if I have to.

So even if you don’t join a gym (though I would highly recommend a regularly scheduled fitness class of some kind to keep you on track – that’s what finally worked for me), take a few minutes a few times a week to move around a bit. Find out if you can still run. Even if you don’t run regularly (it can be bad for your joints, and there are other forms of cardio), you should at least make it a point to learn how far and how fast you can go, as it is very relevant to your self-defense strategy. No point in running for cover that you can’t actually make it to.

Do other exercises to improve your range of motion. Squats are probably the single most useful exercise to do, and they don’t even require any equipment or any space. You can do them while watching TV. Yoga is also a great thing to try, and there are plenty of freely available instructional videos on the internet.

Lastly, and I know everyone already knows this but hates to hear it, it is also important that you try to eat right. Experts say that, as a rule of thumb, weight loss is generally 75 percent diet and 25 percent exercise. So all that sweating won’t necessarily help, and you’re likely to get discouraged by your lack of results if you don’t watch what you eat.

I won’t go too deep into this as it starts to get a little attenuated from the point of the article, but it is much easier to eat fewer calories than to burn them off. You don’t have to quit eating good food, either. I still eat cheeseburgers. You just have to make that the exception rather than the rule. Whether you eat more vegetables or just smaller portions of your normal choices, it is really just all about the calories. The main benefit of eating healthy food vs. unhealthy food is that you get to eat much more of it for the same total calories, so you can eat until you’re full and still lose weight.

Whatever you do, you should at least consider doing something if you aren’t already. Not only is it much more likely to save your life than your gun, it will make your gun that much more effective in your hands as well.

Read More: Why Movement is Essential for Self-Defense – Part 1

First Aid Considerations After You’ve Shot Someone In Self-Defense