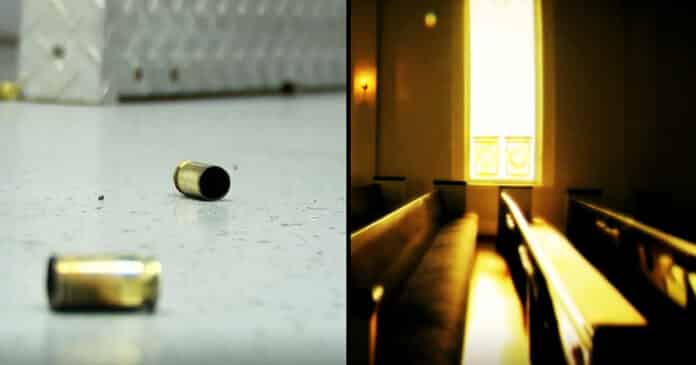 The North Carolina House recently passed (as has the NC Senate) the Religious Assembly Security and Protection Act which will allow people with concealed carry permits to carry during church services that occur within school buildings. Concealed carry is already permitted in churches but when a church meets on school property the ban on guns on school grounds prevents carrying for those churches. This bill would remove that restriction though carry permit holders would still not be permitted to carry while school is in session or during other school activities.

“We’re proud of this bill because it will empower private property owners to set their own security policy, rather than the state imposing a one-size-fits-all solution,” said David McFarling, president of the North Carolina Rifle & Pistol Association. “Members of the faith community want to be able to protect themselves and their families and should have equal protection under the law.” via WCNC.

There are still differences to be worked out between the Senate and House versions of the bill before it can go to Gov. Roy Cooper who has vetoed a similar bill in the past.