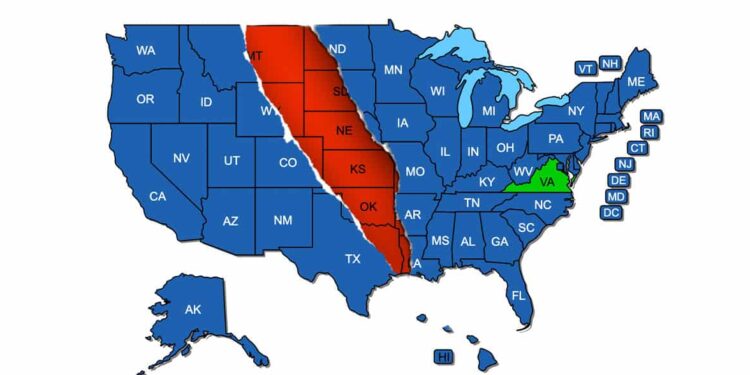 A new bill has been filed by Dan Helmer, a Member of the Virginia House of Delegates
from the 40th district, which has the potential to destroy Virginia’s reciprocity with other states.

Back in Dec. 2015, Virginia’s Attorney General, Mark R. Herring (D), announced that he was no longer recognizing other state’s concealed carry permits saying that they make it too easy for people with criminal or violent histories to obtain a concealed weapons permit.

Fast forward to the end of Jan. 2016, The AG announced that these changes would not be going into effect due to a “bipartisan deal” the Democrats and Republicans reached.

And then, on February 26, 2016, Governor Terry McAuliffee signed H.B. 1163 and S.B. 610 which allows anyone with a concealed carry permit issued from any other state to carry concealed in Virginia.

Concealed carrier rejoiced. Not only did that allow law-abiding citizens with concealed carry permits and licenses from other states carry in the state of Virginia, but this also helped out citizens of Virginia with permits as well. Some states will allow another state’s permit holders carry in their state as long as said state accepts its citizen’s permit holders. Hence the word reciprocity.

This new bill that was introduced on Jan. 6, 2020, HB 569, will reverse the current law. Virginia is being attacked on all fronts. I will be following this closely so stay tuned for updated on this bill.

The HS407CO is an open reflex optical sight designed for pistol applications.
Get This Deal

Here is the bill’s summary: