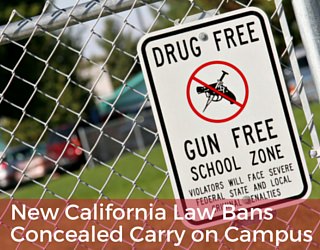 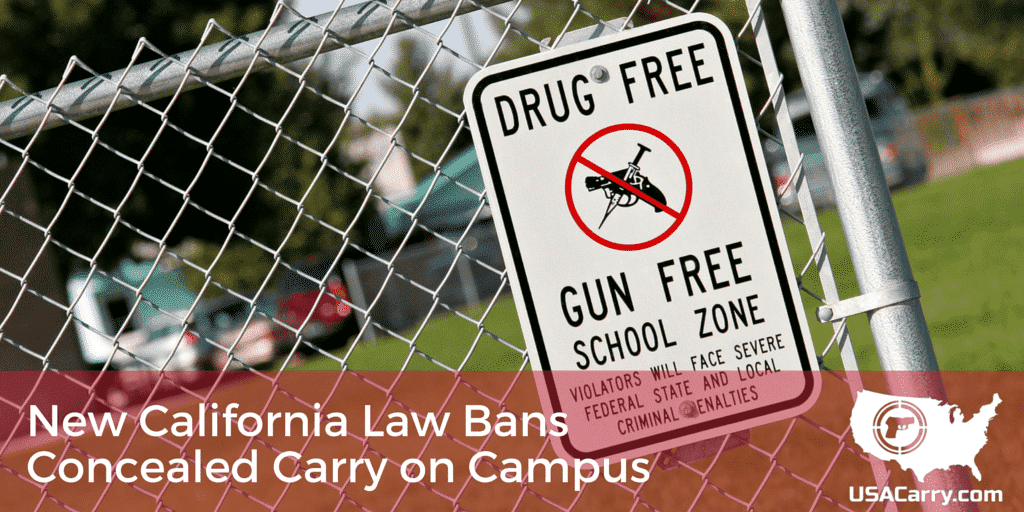 On October 17th, California Governor Jerry Brown signed legislation that expanded California’s existing ban on campus concealed carry.  The new law is among the most stringent in the nation.

Senate Bill 707 was approved last month, with near-unanimous support from California’s Democratic legislators. Republics were in the main opposed to the bill. Gov. Brown signed the bill without public comment.

In passing the new law, California joins the ranks of states which ban campus carry. Currently, 19 states carry such restrictions, while CCWs on campus remain legal in eight states.  Senate Bill 707 was endorsed by the California College and University Police Chiefs Association.

The role of firearms on campus is part of a national discussion sparked by a number of high profile school shootings. What effect California’s law will have on campus safety remains to be determined.

See Also: Should Concealed Carry in College by Staff and Students be Allowed?