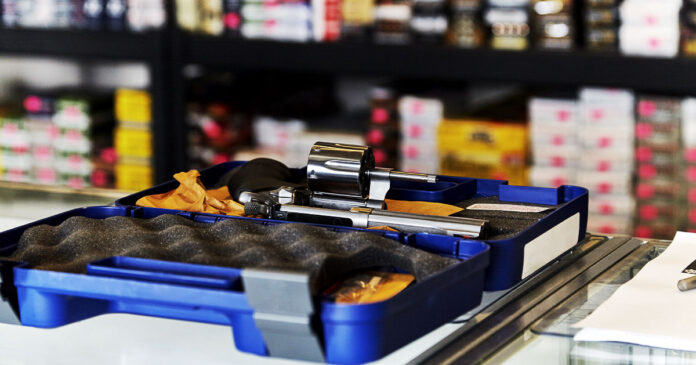 A bill has been advanced by Ohio senators ensuring gun stores are open as well as prohibiting law enforcement from confiscating guns during a state of emergency.

Gun stores in Ohio were considered “essential businesses” during the COVID-19 pandemic beginning.

Gov. Mike DeWine was praised by Republican lawmakers, saying he got that part of the shutdown correct, adding they want to make sure another governor could not say different.

As a result of this decision, Sen. Tim Schaffer introduced Senate Bill 185 (read the full bill at the bottom of this post), which bans local Ohio governments from closing gun stores during a state of emergency. It also prohibits law enforcement from confiscating weapons, invalidating CCW licenses, and closing shooting ranges.

“It simply clarifies that people cannot have their rights taken away during a time of a declared emergency,” Schaffer said.

Agreeing with Republican lawmakers on DeWine’s decision, keeping them open stays true and speaks volumes to the 2nd Amendment.

If gun stores stay closed, how are law-abiding citizens going to have access to the right to keep and bear arms?

Regarding riots, these two play into one another, as Americans have the right to defend themselves from tyranny. Confiscating weapons from innocent people leaves them defenseless against those who are bound to be an imminent threat. Additionally, anyone who chooses to rob a gun store during a riot will not come out with such a gracious result.

With the advancement of the bill out of the committee, this means Ohio residents are moving in the right direction of keeping the 2nd Amendment true to its own for the people.