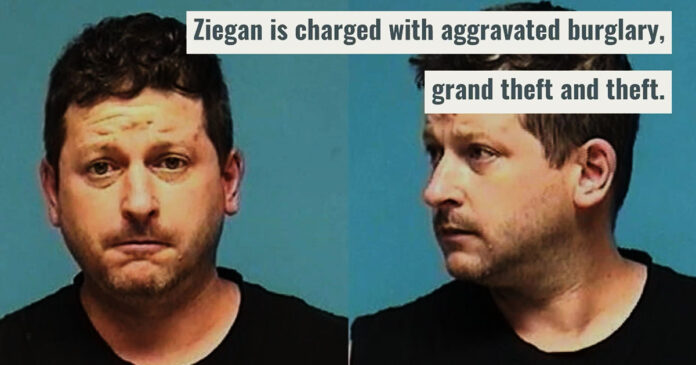 An Avon Lake, Ohio homeowner, returned from a bike ride about 8:30 AM and was surprised to find a man in his garage looking in his vehicle.

The man told the homeowner, “I have your gun.” He then pulled it from his waistband and gave it back to him. The burglar had also been through the entire house and was wearing one of the homeowner’s shirts. He had also taken some money.

The homeowner called the police and held the suspect at gunpoint until they arrived. The suspect told police that he had spent the night in the home, but the homeowner said that wasn’t true.

How the suspect got into the home was not reported.

However he got into the home, he shouldn’t have been able to access the homeowner’s handgun. Fortunately, he handed it back to him without incident. Whatever this suspect’s issues were at the time, at least he wasn’t violent, but if he had been, this homeowner could have potentially walked straight into disaster.

A point about holding a suspect at gunpoint for police; generally don’t do it. It’s not worth the risks, both physically and legally. If they don’t run away, you don’t have many options, but the goal is always to end or escape the threat, so the threat running away is good. Give the police a good description and let them do what they do.