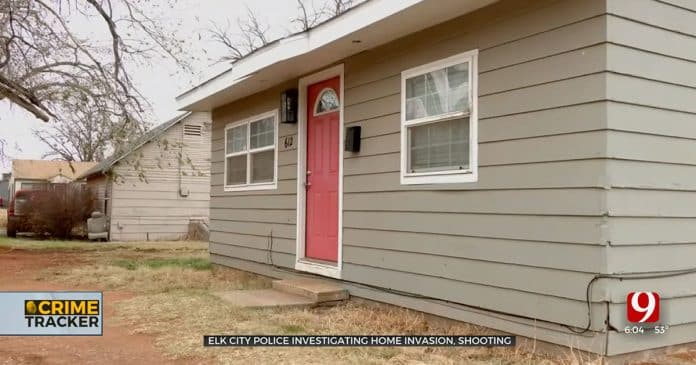 An Oklahoma man got a rude awakening recently when two men, at least one armed, broke into his bedroom in the middle of the night.

The homeowner told police that two men broke into his bedroom, one of them pulled a  gun, and there was a struggle. Both invaders were shot, with one dying in the bedroom. The other ran away and ended up in a hospital. The investigation is still underway. Neighbors were very disturbed as this is a decent middle-class area.

It wasn’t known whether this was a random or targeted attack. The incident is still being investigated.

This is a good illustration that home invasions can happen very quickly. You may not be awakened by pounding on your door and have plenty of time to get to your defensive firearm. This homeowner had to confront the invaders in his bedroom. The extent or the kind of struggle was also not mentioned, but apparently, the homeowner fought back well enough to get to his gun and defend himself.

Just how quickly can you get to your self-defense firearm when awakened from a dead sleep? Or let’s say that you are in your living room when the door is broken in. Do you have a clear path to your firearm and a defensive position, or will the bad guys be in the way? If you don’t have a clear home defense plan, then now is as good a time as any.