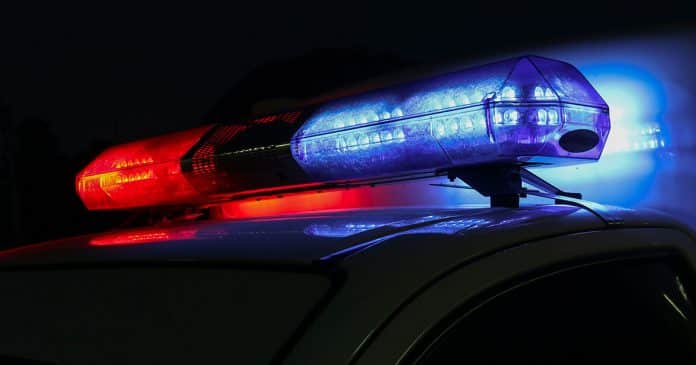 A Fresno security guard may be in some legal hot water after a Friday night incident at about 11:00 PM. Performing routine checks, he came across a 35-year-old homeless man in the front entryway of a building he was surveying.

The security guard asked the man to leave but he refused and they soon got into a physical confrontation. When the man got the security guard in a headlock, the guard told police that he feared for his life and drew his gun and fired.

The homeless man was killed and another man in a nearby parking lot was hit in the arm by one round. Police said the wounded bystandard will be fine but was in the wrong place at the wrong time.

It’s not yet known if the District Attorney’s office will bring any charges against the security guard.

I have to say upfront that I cannot speak as to security officers’ authority in such cases. More specifically are they authorized to go “hands-on” with someone loitering in a building entryway and when are they normally required to call the police for help. Also, do they have the legal protections that police departments have in place for their officers?

This case illustrates that any time one gets into a physical confrontation it’s possible to lose that fight. We don’t know what happened during the fight but somehow the homeless guy managed to get enough of an advantage over the security guard that he thought he had to go to his gun to defend himself.

The reason I bring up whether the guard had the authority to get physical to remove the man goes to the innocence factor of self-defense. In other words, will the law look at him as if he started the fight? And then, will a headlock be looked at as a deadly force threat?

Then what about the injured citizen? Could he bring a civil suit for injuries?

This is why responsibly armed citizens always look to avoid the fight if at all possible. There’s just too much at stake to get into one if it’s not absolutely necessary to save an innocent life