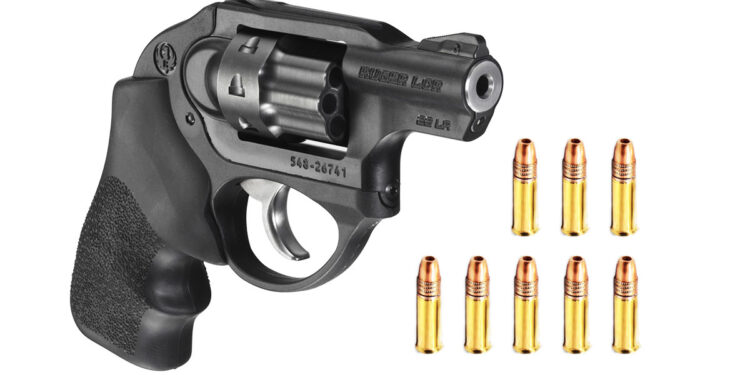 There is, in fact, a renewed interest in small-caliber, tiny handguns for self-defense among some very experienced and knowledgeable people. I am not referring to the sizable segment of the concealed carry market that has always bought a lot of pocket pistols. Rather, I am referencing many among the dedicated gun culture that now are embracing small pistols chambered in cartridges that have always been deemed sub-optimal for defensive purposes. There is a renewed interest in even small-frame revolvers chambered in 22 Long Rifle, which proves quite interesting. What accounts for such a sea change? Why are even knowledgeable and experienced people turning to such diminutive calibers, especially in the age of tiny double-stack options chambered in 9mm, the universal defensive cartridge?

If we look, historically, at the changes in the gun community in preference for defensive firearms, we can see many trends and opinions over the years. This author began serious shooting in the late 90s, and at that time, we still lived very much in the shadow of Jeff Cooper’s influence. Cooper was exceedingly outspoken in his assessment that the 9mm was not adequate for stopping men, and the 45 ACP was the only way to go if you wished to have adequate “stopping power.” Now, this is no criticism of the immensely influential Colonel Cooper because he was a man of his time, and his time was before the advances in ammunition. If carrying only ball ammo, there is a difference between 9mm and 45 ACP. With modern defensive ammo, the difference is negligible. Therefore, most law enforcement has reverted back to 9mm over the past two decades, and the concealed carry market has followed suit. The 40 S&W cartridge, once the dominant choice in law enforcement, has been all but abandoned in favor of the long-established 9mm.

However, when discussing 9mm, 40 S&W, and 45 ACP, we are talking about service caliber guns. Modern experts on this subject acknowledge that there is very little difference in performance between these cartridges, but there proves a significant difference when stepping down to the “mouse gun” rounds like 380 ACP, 32 ACP, or, imagine, 22 Long Rifle. Yet, here we are, at a point where many squared-away people are carrying diminutive guns chambered in these sub-calibers again.

How did we get here?

First, let’s clarify the position being taken; the guys who know what they are doing do not suggest that a revolver or pocket gun chambered in 22 LR or 32 ACP replaces a duty-sized pistol for duty use. Hardly. Rather, they make a compelling argument that within a deep concealment role, such guns are adequate and even advantageous compared to the new fleet of sub-compact 9mm autos or the traditionally chambered 38 Special small-frame revolvers.

How is there an argument for such sub-optimal rounds?

There are three compelling advantages to small caliber guns, even those chambered in the seemingly anemic 22 LR. If carrying a gun strictly in a deep concealment role, where concealment is the primary concern, we are already limited to tiny guns. What, though, would be the reasons for carrying a sub-caliber option as compared to the still tiny 38 Special revolvers?

The primary advantages would be:

As an example, a lightweight J Frame revolver or Ruger LCR chambered in 38 Special will still clock in at close to 20 ounces when loaded, and an equivalent-sized gun chambered in 22 LR will be under 12 ounces loaded. This may not sound like much difference, and it is true that the light-weight revolvers chambered in 38 Special, or even 357 Magnum, prove easy to carry, but in certain carry modes and under certain conditions, the weight difference is significant.

While the 22 LR cartridge has far less power than the 38 Special, the same size gun will have seven or eight rounds of it as compared to only five rounds of 38 Special. This is a tradeoff, and many would argue that five rounds of 38 Special outclass eight rounds of 22 LR. However, when looking at the circumstances that a deep concealment gun is used in, such as thwarting a robbery attempt, usually these are close-range affairs. Handgun ballistics are limited in effectiveness anyway, but even the 22 LR can capably penetrate the ocular cavity and hit the brain or penetrate to the heart or aorta. So, while it has far less ballistic energy than a 38 Special or a 380 ACP, even the 22 LR can get it done if shot placement is done. And, shot placement is made far more feasible due to the third advantage offered by such tiny calibers; the lack of recoil.

Small pistols chambered in 380 ACP have significant snap, and small revolvers chambered in 38 Special have considerable recoil even with the softest of loads in that cartridge. Most shooters do not realize how much influence such recoil has on their ability to shoot well. Consistently, any shooter will shoot much more accurately with an equivalent gun chambered in 22 LR compared to a service caliber due to the absence of recoil and blast. Therefore, one can argue, the 22 LR may make more sense if you can actually make consistent hits with it compared to the far more difficult-to-shoot service caliber options that can be had in these tiny guns. Having eight rounds of 22 LR as apposed to five rounds of 38 Special, but in a gun that you can more confidently and capably shoot well, is a compromise that may well make good sense.

For deep concealment carry in a low-profile and low-threat lifestyle, this author thinks that there is a lot of merit to such sub-optimal cartridges in small carry guns. I would submit that the advantage offered by these small, low-recoil guns grows for people who are not avid shooters that are used to recoil. I would also submit that they make good sense for older people with infirmities in their hands or elsewhere who can’t handle the recoil. The fact is, grandma, with a revolver chambered in 22 LR in her coat pocket while out walking the dog, is probably going to be able to deal with anything thrown at her. The violent criminal who wants to assault grandma and take her purse does not want a 22 LR bullet in his brain box, and if grandma puts that 40-grain screamer through his eye socket, it will do everything necessary, but with a whole lot less noise and recoil than a 38 +P.

The mission should dictate gear choice, and for the mission of making it safely home in everyday suburbia, small-caliber handguns serve the needs of many people quite well.