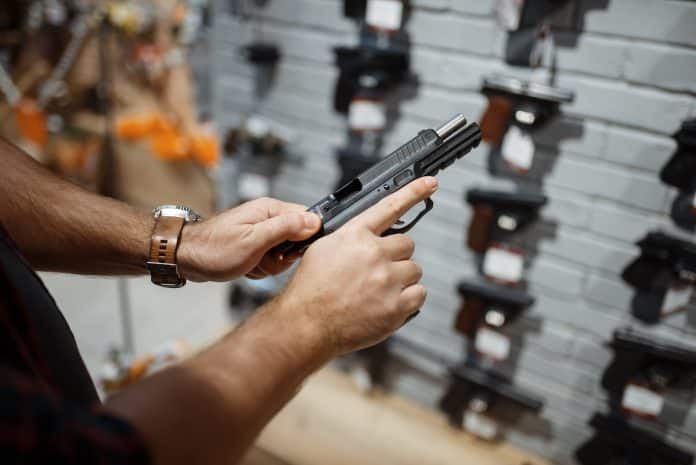 It didn’t take long for the Democrats, once they got control of the entire Virginia General Assembly, to pass a whole host of new gun control laws. One of them limits handgun purchases to one per month. Proponents say it will prevent straw purchasers (which is already illegal, of course) from purchasing large numbers of handguns for illegal sales elsewhere.

Republicans called the law unconstitutional, especially in the light of the Supreme Court’s 2008 Heller decision, and predicted that it would be challenged. Well, that has happened.

The Virginia Citizens Defense League and Gun Owners of America filed a lawsuit in Goochland County Circuit Court to stop the law. The suit claims the law violates the section of the Virginia Constitution dealing with the right to “keep and bear arms.” The suit also argues that the State has no factual basis for the claim that limiting handgun purchases is necessary to curb gun trafficking.

Of course, the Governor and the Attorney General say that:

“These measures were put in place to keep Virginians and their communities and loved ones safe.”

That is always one of the justifications for these kinds of laws; give up some of your rights and a little of your freedom, and we’ll make you feel safer. They claim it will be “extremely successful in keeping a large number of firearms off our streets.”

Hopefully, the lawsuit is successful, but in the meantime, there is at least a workaround. The law includes an exemption for Virginians that have an active concealed carry permit. Still, why should any law-abiding citizen need to get any kind of permit to purchase any legal item in the state? How about we limit how much alcohol someone can buy per month in an effort to reduce drunk driving deaths?  Oh yeah, the country tried something like that a while back. How well did that work out? And that’s not even a constitutional right.