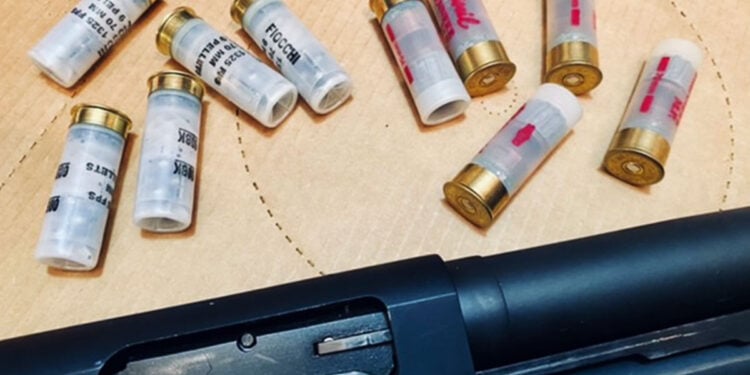 We have covered two law enforcement shotgun qualifications in the past. The FBI’s 50 yard COF and LAPD’s much shorter range COF that includes both use of cover and multiple targets. One of the problems with both of those is that they will require some fairly liberal range rules to pull off, or access to a 50-yard range, which many people may not have. To fill the void, we are looking at the TCOLE Shotgun Instructor qualification this time.

Most law enforcement shotgun qualifications are incredibly easy. Too easy really. They don’t really do much to check the shooter’s true understanding of the shotgun. The TCOLE version isn’t far off from that. The good thing though is that it is simple enough that most 25-yard ranges should be able to support this course of fire. Even an indoor range that allows buckshot should work for this one.

The qualification is 10 rounds total. Depending on your shotgun and buckshot choice, 5 of those rounds can be slugs or buckshot. The other 5 have to be buckshot.

The target that is supposed to be used is a TQ-19. I haven’t seen too many TQ-19s floating around in non-LE circles, so it may be hard to come by if you don’t order targets online. Really though any similarly sized target will work. The scoring rings don’t really matter in this case. An IDPA or USPSA target should be close enough.

The scoring is really simple. Any pellet on target is worth 1 point. You have to score 90% to pass. Technically the official version calls for 9 pellet 00 buckshot. As long as the scoring is based on a percentage, I don’t see why 8 pellet 00 buck wouldn’t work. If you use all buckshot and fire 80 pellets, 72 need to be on target. Alternatively, because counting 72 pellets would be a pain, only 8 are allowed off target.

The Qualification Course of Fire

For the first string of fire from the 25-yard line load 3 rounds into the magazine tube. These can be slugs, or buckshot if your chosen load patterns well enough. The action should be closed and locked. This condition is frequently referred to as cruiser ready and is how duty shotguns are often carried in patrol cars.

On the start signal, run the action and fire 3 rounds. The time limit is 12 seconds, which is pretty generous.

For the second string from 25 yards, the gun is loaded in the same way, but with just 2 rounds. On the start signal, run the action and fire the two rounds, with a time limit of 8 seconds.

The 15 and 10-yard strings are buckshot only. Most buckshot, as long as it isn’t the really cheap stuff, should work from these distances. For the 15-yard string load 1 round of buckshot in the chamber and 2 rounds in the magazine tube. On the start signal fire all 3 rounds in 10 seconds.

From the 10-yard line, load 1 round in the chamber and 1 round in the magazine tube. On the start signal, fire both rounds in 5 seconds. This is the tightest string of fire in terms of time standard, but still pretty generous.

As you can see, this isn’t a very difficult standard, but shooting qualifications like this allows us to assess our skill level relative to others. This is a pretty low bar but could serve as a reasonable starting point. Just remember, don’t stop here, the journey starts here.