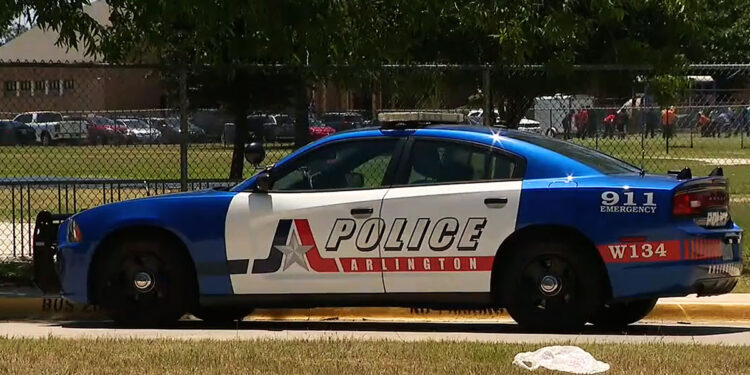 Just two days after the Uvalde mass school shooting, an Arlington, TX elementary school was put on lockdown after a gun was discharged. Thankfully, the only injured person was the irresponsible gun owner who was carrying the gun.

A 55-year-old man was in the lobby area of Duff Elementary School. He was there to pick up his kid during an early dismissal day. It was actually the last day of school before the summer break. Somehow, his gun dropped to the ground and discharged, sending a round into the man’s leg.

The school was put on lockdown, and I’m sure the parents that received the text message about it feared the worst. The wounded man was brought to a hospital to be treated for his non-life-threatening injury. Once he was released from the hospital, he was arrested and charged with unlawful carrying of a weapon in prohibited places and discharge of a firearm in certain municipalities.

Being a responsible concealed carrier includes having a proper gun holster that won’t allow your gun to just “drop on the floor.” We don’t have any details about what holster he was using if any. I would hope that he wasn’t handling his firearm in the lobby of a school and just dropped it. We covered a story earlier this year where a Wisconsin Mayor dropped his gun in a restricted building….for the SECOND TIME!

Again, I don’t know what holsters they were using, but you need something that is secured using clips or belt loops. Do not rely on holsters that use belt tension as the only way to secure the firearm on your waist. If you are carrying concealed without a belt, then you need to use some type of holster system that allows you to carry without a belt. (ie. Phlster Enigma, belly band).

Your holster should also have active retention that will not allow the gun to simply fall out of the holster. Do you remember the FBI agent who did a backflip at a club and had his gun fly out of his holster? You may not be planning on doing backflips anytime soon, but your gun should stay put if you were to get knocked to the ground or something similar.

The last thing I’d like to touch on is obeying the laws. It is illegal to carry a gun on school grounds even if you have a concealed carry permit in Texas. Do I agree with the law? No, but that’s how it is until we can get the laws passed to either allow concealed carriers to carry a gun at school or just get rid of the Gun-Free Zones altogether. It’s not like the criminals obey the laws anyway, so all that does is restrict law-abiding citizens the ability to defend themselves and their children when on school grounds.

I’ll end this by stating that I support concealed carry (obviously). I support constitutional carry. What I don’t support is gun owners being irresponsible like this. We, as gun owners, need to take this right seriously. Take the time to learn what a proper gun holster is and spend the money on a holster that will accomplish the last. Go out and get training from a vetted instructor. And practice with your concealed carry gun on a regular basis. And that doesn’t include going to the range and doing mag dumps cause “it’s fun.”

I’d still like to know what kind of handgun built nowadays goes of when dropped.

Probably some tuned glock or any other – tuning parts are often faulty.