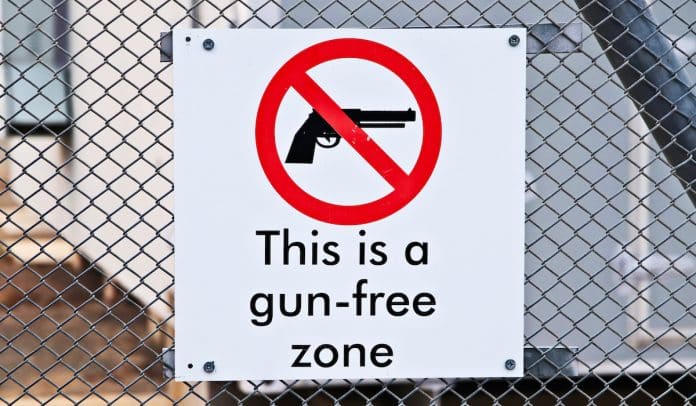 State firearms law preemption statues are normally designed to prevent local authorities from enacting stricter laws than those already in force on the state level. This is of course for the purpose of having uniform gun laws across the state.

You could easily imagine the confusion that would be created by every city, town, and county having different gun laws. It would be near impossible for any law-abiding gun owner to stay informed and therefore comply with such an inconsistency not mention law enforcement officers trying to keep track of what to enforce where.

Starting July 1st in the State of Virginia, a bunch of new gun laws, signed by Gov Ralph Northam, take effect. One of which alters the State’s preemption law to allow local municipalities to create their own gun-free zones. The City of Alexandria wasted no time in becoming the first to take advantage of the new law.

Starting on July 1st, the following will be gun-free zones in Alexandria.

(i) in any building, or part thereof, owned or used by such locality, or by any authority or local governmental entity created or controlled by the locality, for governmental purposes;

(iv) in any public street, road, alley, or sidewalk or public right-of-way or any other place of whatever nature that is open to the public and is being used by or is adjacent to a permitted event or an event that would otherwise require a permit.

This list is basically any public building or park in the city and goes as far as the new state law will allow. And of course, more gun control laws are proposed so the City Council has no intention of stopping there.

My guess is that they would ban everything if they could but since they can’t do that just yet the next best thing is to do their best to discourage everyone they can from exercising whatever rights they have left.