Who Should Know that You Carry Concealed?

Inevitably other people in your life will know about your concealed carry lifestyle, but those with such knowledge should be limited for several practical reasons, as addressed here. 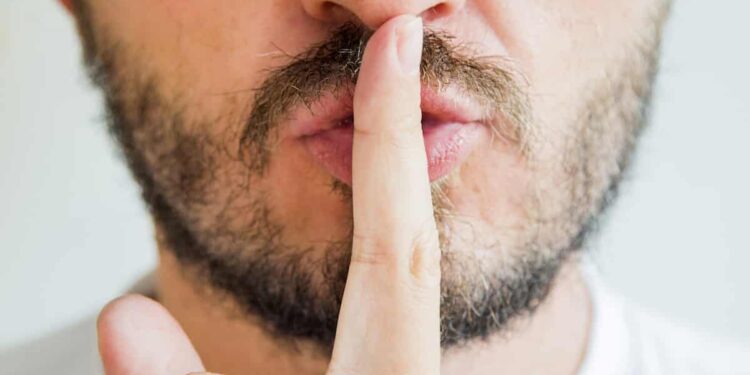 For those of us that go armed daily, concealed carry is a significant part of our lifestyle. As such, those who are closest to us, like our immediate family members, will know that we do so. Beyond our very closest relatives, however, who should know that we carry concealed? This can be a rather complicated consideration. In general, the best policy is that unless someone needs to know, they probably should not know. It is inevitable that the word of your concealed carry lifestyle will spread beyond just those who know, so bear that in mind. People talk, and the more people who know, to begin with, the more word will get out.

Obviously, the professional and political environment you inhabit will also dictate who should know, as those who live in vicinities where concealed carry is rare and frowned upon probably do not want to be social pariahs, whereas in gun friendly environments most people think nothing of concealed carry. Regardless, some practical considerations should influence your decision to keep your lifestyle within a tight circle.

Your closest family members, particularly a spouse, partner, or children of appropriate age, should indeed know that you carry. Along with this knowledge should come a discussion that emphasizes that such knowledge does not go beyond the family unit. Telling friends at school about your parent’s carry habit is not acceptable. With that established, however, it is important for immediate family members to know that you carry because this should factor into a discussed family defense plan. A discussion should be had with spouses and older children regarding what the plan of action is should you face a threat in public or the home. If you don’t have a home defense plan, now is the time to make one. The knowledge that you go armed is, of course, paramount to this plan.

Extended family and even close friends should be judged on a case-by-case basis as to whether or not they should know that you carry concealed. Personally, I suggest that unless somebody needs to know, don’t tell them. When considering who should know among extended family and close friends, the persuasions of the individual should matter. For example, if a close friend is also your range buddy who is a shooter, that person is obviously going to be aware of your lifestyle and will likely have no issue with it. Even among extended family members, those who are opposed to going armed are probably best left in the dark concerning your own choice.

Another consideration, however, is this: does your lifestyle impact the other individual? The most obvious example of this that comes to mind is whether or not you spend time in the home of the other individual and you do so armed. While being armed in public places remains your business alone, if you carry into another person’s house, it does inevitably concern them. This would undoubtedly be a reason to consider having a conversation with that person. Otherwise, even for extended family or close friends, I see little reason to advertise the fact that you go armed.

Beyond just the concern over who should know that you carry, there is a practical reason to limit the number of people who know. Should you be among these individuals when something bad happens, the knowledge that you are armed may influence their behavior and may do so for the worse. There have been incidents where armed citizens or off duty police officers have been outed amid an armed robbery or other such criminal activity. Should you find yourself facing a threatening situation in which you are biding your time for the right opportunity to act, or perhaps considering not acting at all if that appears the best option, you don’t want one of your friends yelling “do something!” or “shoot them!” If you think that is absurd, then you have too much faith in the mentality of the naive or the untrained. This has happened in the past and has resulted in people being injured and killed.

When people who are not trained in self-defense know that you carry a firearm they will often not think about it until something happens. In the face of a threatening situation, the knowledge that you carry a gun can come back to their mind, and there may be an immediate expectation that you will do something. This jeopardizes the safety of yourself and everyone around you should you be called upon or called out by a friend who perhaps means well, but does not have the appropriate mindset for dealing with dangerous situations. This tactical consideration alone is, in my opinion, enough to suggest not telling anyone outside of immediate family or the most trustworthy of friends.

Beyond the tactical considerations above, also consider the legal ramifications that you may run into. I always advise following the law and not carrying where it is forbidden. But there are many places that you may not be forbidden from carrying, but you may certainly not want the undue attention of law enforcement or other authorities. When a person in your circle of friends know that you carry they may become cognizant of this when in public places with you at the most inopportune times. They may say something in front of law enforcement officials that may lead to an uncomfortable altercation. They may blurt something out when they see signs that prohibit weapons or any such reminder in the vicinity that might raise attention. Therefore, if any given acquaintance does not need to know you carry, don’t share.

I view telling those that you know about your concealed carry the way I view open carry: it defeats the element of surprise. Therefore, keep your lifestyle close to home. Only those closest to you should know, and beyond that, it is a private affair. Absolute discretion regarding your concealed weapon fosters your safety, as well as that of those around you.

SHTF Guns – If You Can Only Have One?