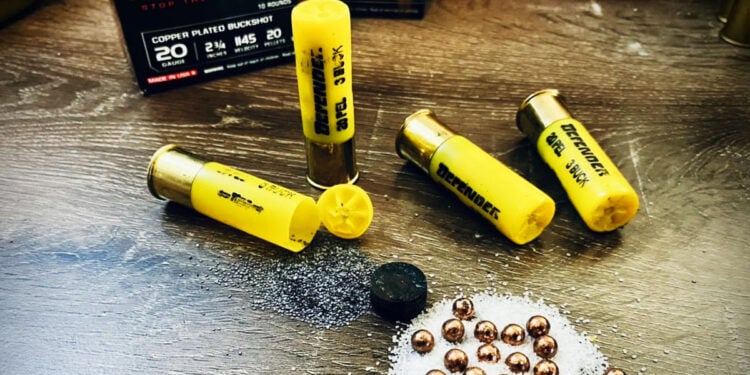 Even though I have argued against 20 gauge as an optimal choice for defensive shotgun gauges, that doesn’t mean I am not watching for someone to make 20 gauge more viable than it is now. The greatest weakness of 20 gauge is that the technology applied to 12 gauge loads does not get applied to 20 gauge loads. Literally, 20 gauge buckshot loads are running about 2 generations behind premium 12 gauge loads. The closest thing, at the moment anyway, is Winchester’s new #3 buckshot in their Defender line.

I have reviewed Winchester’s 12 gauge 00 buckshot Defender load that was introduced at the beginning of 2021. The 20 gauge version came out at the same time, but a little slower to the market. Recently, I have seen the 20 gauge Defender load available at a couple of local big box stores, and available at a local independent gun shop. The stuff is starting to get out there, so time to really check it out.

If you are not familiar, there are a few things in buckshot loads that can help the overall pattern performance. Hardened or plated pellets, buffered shot, reduced recoil, and a good shot cup/wad design are a good place to start. The 20 gauge Defender load checks the box on 3 of the 4. It uses copper plated pellets, which is what all the cool kids are doing to get better patterns. The load is buffered with the usual finely ground grex, and it is actually a reduced recoil load. This is fairly unusual for 20 gauge buckshot loads. There are only a few out there. On paper compared to the other loads in the 20 gauge field marketed for defensive use, this one looks the best. Does what is on paper translate to actual performance though?

For testing, I hit the range with a few boxes of the 20 gauge Defender load, and a couple of boxes of what I normally put in 20 gauge shotguns, Remington Express #3 buckshot. Remington also makes an Ultimate Defense #3 buckshot load that is low recoil, but it is hard to come by these days, and ungodly expensive when it is found. The Remington Express is as direct of a comparison to the Defender load as I was able to muster.

I patterned both loads at 10 yards out of a cylinder bore 20” Mossberg 500 20 gauge with ghost ring sights and a youth stock. It is a complete factory gun, basically the older version of Mossberg’s newer 20 gauge 590’s. A good representation of what a “20 gauge defensive shotgun” should probably be.

One important caveat to pattern performance is I was only shooting this out of one gun, and shotguns tend to have personal preferences, kind of like toddlers and food choices. There are some basic concepts that apply, but you never know the actual result until you try it. In your specific gun, the results may vary. I doubt it will be by much, but maybe. 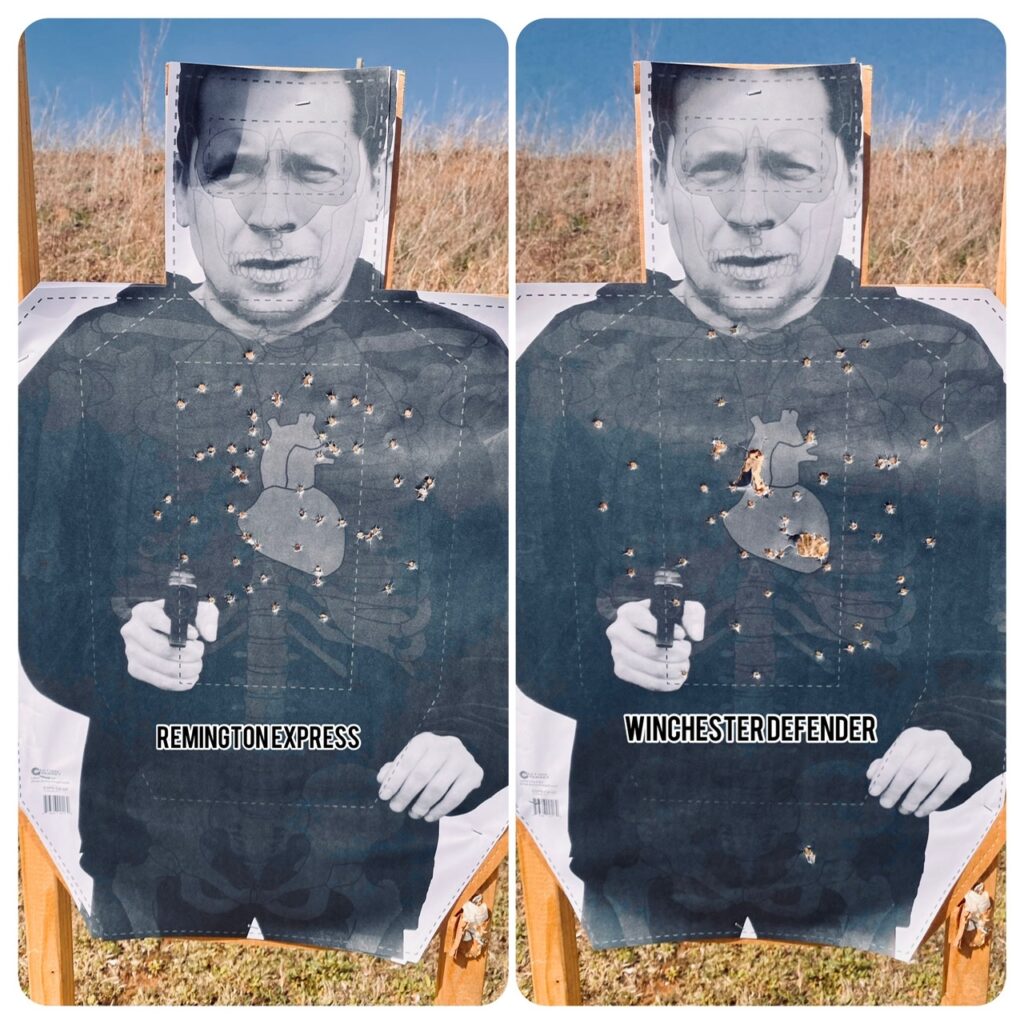 I fired three rounds of each load on the same type of target. The results unfortunately were a bit disappointing. By all accounts, the Winchester Defender load should outperform Remington’s basic buckshot load, but it doesn’t. In fact, the Remington load significantly outperformed the Winchester load! The complete opposite of what should happen, at least based on the feature sets of the two different loads.

Is It Really “Low Recoil”?

The other potential upside to the Defender load outside of improved pattern performance is the reduced recoil. Many people buy 20 gauge shotguns thinking the felt recoil will be less. It isn’t a 12 gauge after all. The problem is, neither is the gun. While 20 gauge may be pushing a little less lead, the felt recoil isn’t that different because of the lighter gun.

The hope is that a reduced recoil (read: lower velocity) defensive-oriented buckshot load might make that push on the shoulder a little gentler. To tell the truth, though, I didn’t perceive much difference between Winchester’s Defender load at an advertised 1145fps, and the Remington’s Express load at 1200fps. They felt essentially the same to my carefully calibrated shoulder. Maybe someone else would be able to better tell a difference, but I sure can’t.

All in all, the juice just isn’t worth the squeeze on this one. The Winchester Defender #3 buckshot load retails for about $20.00 for a box of 10. At $2 a pop, and performance that is lackluster at best, it doesn’t make much sense to go after this load if the gun shooting it is just a basic cylinder bore defensive shotgun. Maybe chokes would help, but that isn’t the way most defensive shotguns show up. Maybe one of these days Federal will get smart enough to make a 20 gauge buckshot load using their Flite Control wad and 8 pellets of #1 buckshot, until then, the search continues.