by Mike Doran
in Articles
5 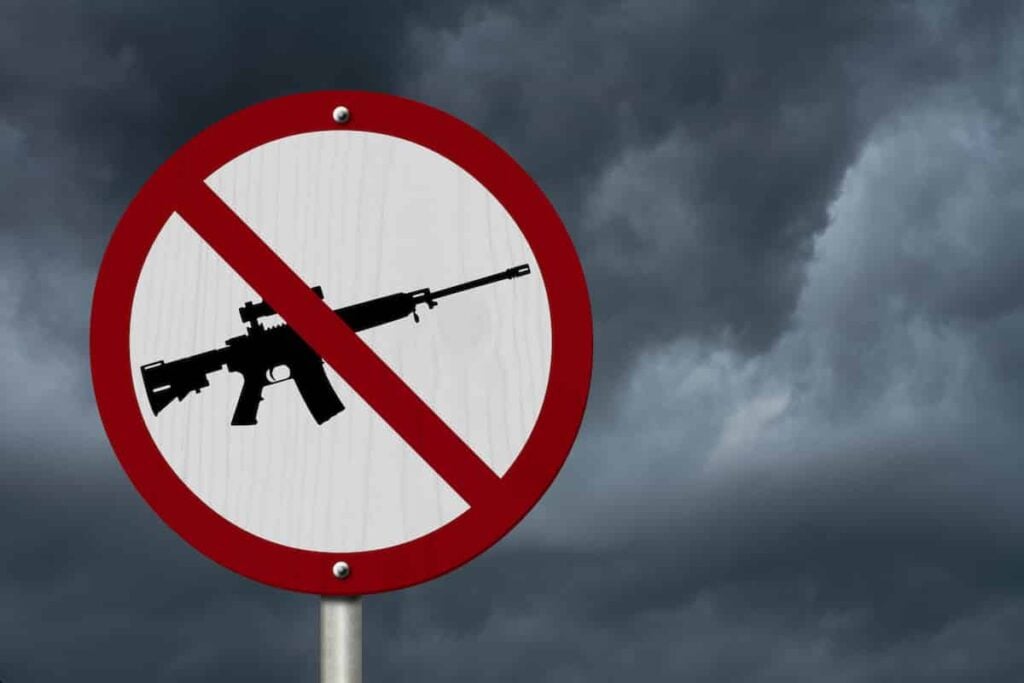 The U.S. Court of Appeals for the 4th Circuit has upheld Maryland’s ban on so-called assault weapons, arguing that such guns are not protected by the constitution.

The ban, enacted after the Sandy Hook shootings in 2012, made it illegal to sell or transfer 81 specific gun models as well as semiautomatic centerfire rifles that accept detachable magazines and have two or more of these features: a folding stock, a grenade/flare launcher, or a flash suppressor. Magazines that hold more than 10 rounds were also banned.

The 10-to-4 ruling overturned a 2016 decision advising “strict scrutiny” of the ban and went even further, stating that “assault weapons and large-capacity magazines are not protected by the Second Amendment.”

Please let that sink in for a moment.

Judge Robert B. King, writing for the majority, refers to the banned firearms as “weapons of war” and therefore not protected under the landmark Heller ruling.

In District of Columbia v. Heller, you may recall, the Supreme Court upheld a citizen’s right to own handguns, or any firearms that are “in common use for lawful purposes.”  Weapons deemed “dangerous and unusual” were found to be outside the scope of the Second Amendment, however.

What we have here is a group of activist judges that believe (or say that they believe) that AR-15’s, one of the most popular firearms today, one that is semiautomatic and that has never been issued to soldiers anywhere in the world is “dangerous and unusual” and a “weapon of war” not protected by the Second Amendment.

Again, let this sink in.

In his dissent, Judge William B. Traxler Jr. said his colleagues have “gone to greater lengths than any other court to eviscerate the constitutionally guaranteed right to keep and bear arms.”

Don’t hold your breath for the Supreme Court to take up the case either, since they have so far declined to look at any “assault weapons” ban.

The 7th Circuit upheld a similar ban, but the high court refused to rule on it. Justice Clarence Thomas, writing the dissent for the decision, said it best:

“The Seventh Circuit ultimately upheld a ban on many common semiautomatic firearms based on speculation about the law’s potential policy benefits. If a broad ban on firearms can be upheld based on conjecture that the public might feel safer (while being no safer at all), then the Second Amendment guarantees nothing….The overwhelming majority of citizens who own and use such rifles do so for lawful purposes, including self-defense and target shooting. Under our precedents, that is all that is needed for citizens to have a right under the Second Amendment to keep such weapons.”

If only all judges felt as strongly about our Second Amendment rights.