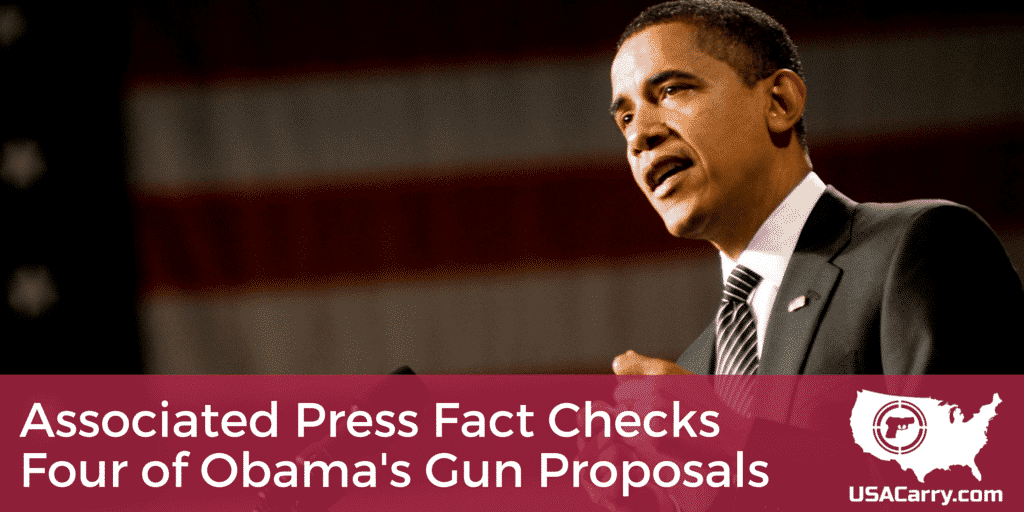 As you probably know, Obama announced his plans for executive action on gun control on Jan. 5, 2015. Since then we’re heard a lot of people weighing in, either for or against what he has proposed. This morning, Associated Press writer Alicia A. Caldwell analyzed four of Obama’s comments and how the actually compare to the facts.

OBAMA: “A violent felon can buy the exact same weapon over the Internet with no background check, no questions asked.”

THE FACTS: It’s not that straightforward. In fact, federally licensed gun dealers are required by law to conduct background checks for gun purchases no matter where the sale takes place — in a store, at a gun show or online. While private gun sales can be conducted over the Internet, if the sale involves people in different states, a licensed gun dealer in the state where the gun is going still has to be involved in the transfer.

The other items she touches on are: