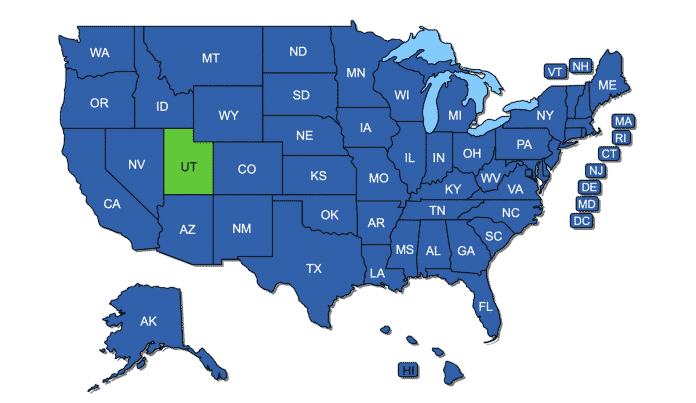 Rep. Hudson released this statement regarding this bill:

“Our Second Amendment rights do not disappear when we cross state lines, and H.R. 38 guarantees that. The Concealed Carry Reciprocity Act of 2021 is a common sense solution to provide law-abiding citizens the right to conceal carry and travel freely between states without worrying about conflicting state codes or onerous civil suits. I am especially proud to have such widespread and bipartisan support for this measure and will work with my colleagues to get this legislation over the finish line.”

This bill would treat concealed carry permits very much like a driver’s license in that a permit from any one state would be valid in all 50 states. It would not create uniform carry laws across the country. Just like a driver’s license, carry permit holders would still need to know the law in each state they plan to drive or carry concealed but at least they wouldn’t automatically be breaking the law for just crossing a state line.

Rep. Hudson got this passed in the House in 2017 but then Las Vegas Shooting happened and it never saw the light of day in the Senate.

Will it become law this time? I think it actually has a chance in the House given the Dems slim majority and the fact that there are already some Dems on board. The real challenge will be getting 60 votes in the Senate. Still, it’s about time that 2A advocates went on the offensive for a change. Pay attention as this bill moves through the process and get ready to start calling and writing your Reps and Senators.

That would be a wonderful idea

I hope the national concealed carry passes and eventually maybe citizens would be able to travel and protect themselves.

Where was this 4 years ago when Republicans held the House, Senate and White House? I’m sorry but this just appears to be a meaningless piece of “show” legislation.

Great this whold be asome

What we need is national Constitutional Carry. After all, that is what the 2nd Amendment was intended to be. Local municipalities and states do not have the authority to overrule the Constitution in any way. Those legislators who propose and/or support any type of infringement of the 2nd Amendment have violated their Oath of Office and should be immediately removed from office and forever banned from running for public office again.