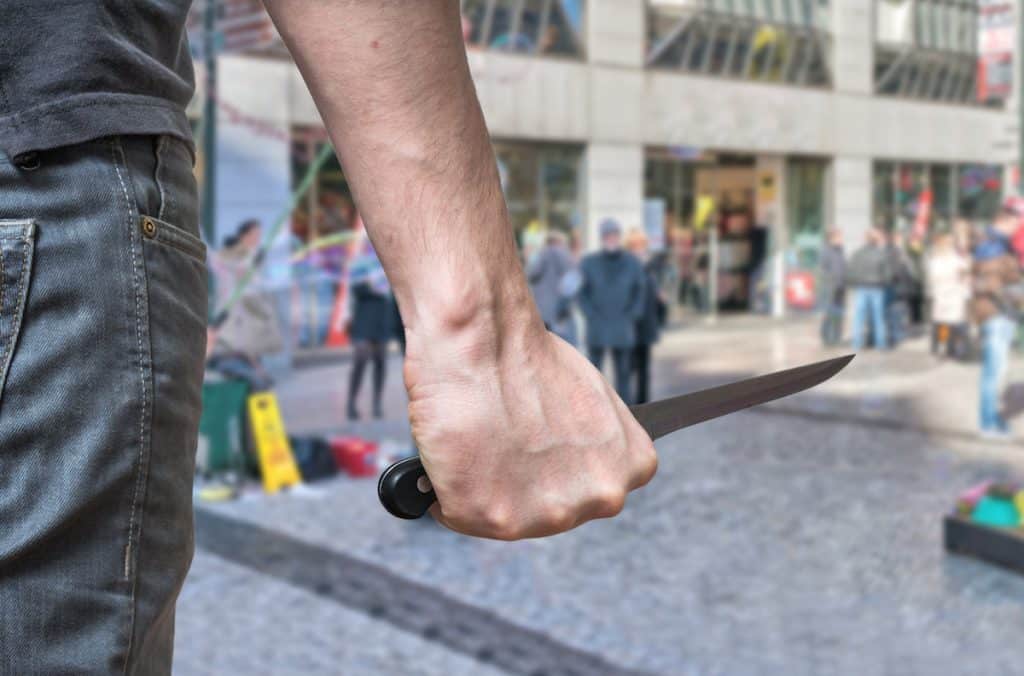 Whether fueled by mental illness or terrorism, mass knife attacks are becoming more common these days—and with the increased media coverage, I suspect additional copycats are inbound. We’ve talked about how to handle a mass shooter or a terrorist attack, but looking at the many tragic examples of mass knife attacks from the last few years, it becomes apparent to me that mass knife attacks present some unique challenges that we ought to examine in greater detail.

First off: mass knifings seem to be most common in places where people don’t suspect violence—schools are unfortunately popular—or places that are crowded with tourists and visitors. Needless to say, we should all be extra cautious in those environments for the time being. This isn’t to say that I want us to live in fear, but we need to understand what the threat environment is.

So how do you respond? Well, knives have limited range, so if you have the opportunity I suggest following the example set by a student at UT Austin during the recent atrocity there: “I just started running as fast as I could.” Wise words, if the situation allows.

If the situation does not allow—eg you can’t escape, someone you love is in danger, or you’re the only armed person at the scene—your response is going to be dictated by range. We’ve discussed the tricky nature of deploying a handgun against a knife, so your draw and weapons retention skills had better be up to par. Likewise, if the attacker targets you and is within range, you may have to fall back on improvised weapons or hand to hand combat skills. Fighting in close quarters against a knife is tricky and dangerous—you’ll need real training in order to pull it off, and I strongly suggest getting some.

And of course: in the crowded wake of a mass attack, your first aid skills and trauma kit are just as important as your CCW is. It may be that the best way for you to be a hero is to do what you can to save lives until the first responders arrive.

The final note I’ll make is philosophical. We live in the proverbial interesting times, and the threat matrix we face is evolving rapidly. Our mindset, training, and EDC must all evolve with it. Staying abreast of the news and learning/training as much as you can is a vital part of a self defense mindset in this 21st century.