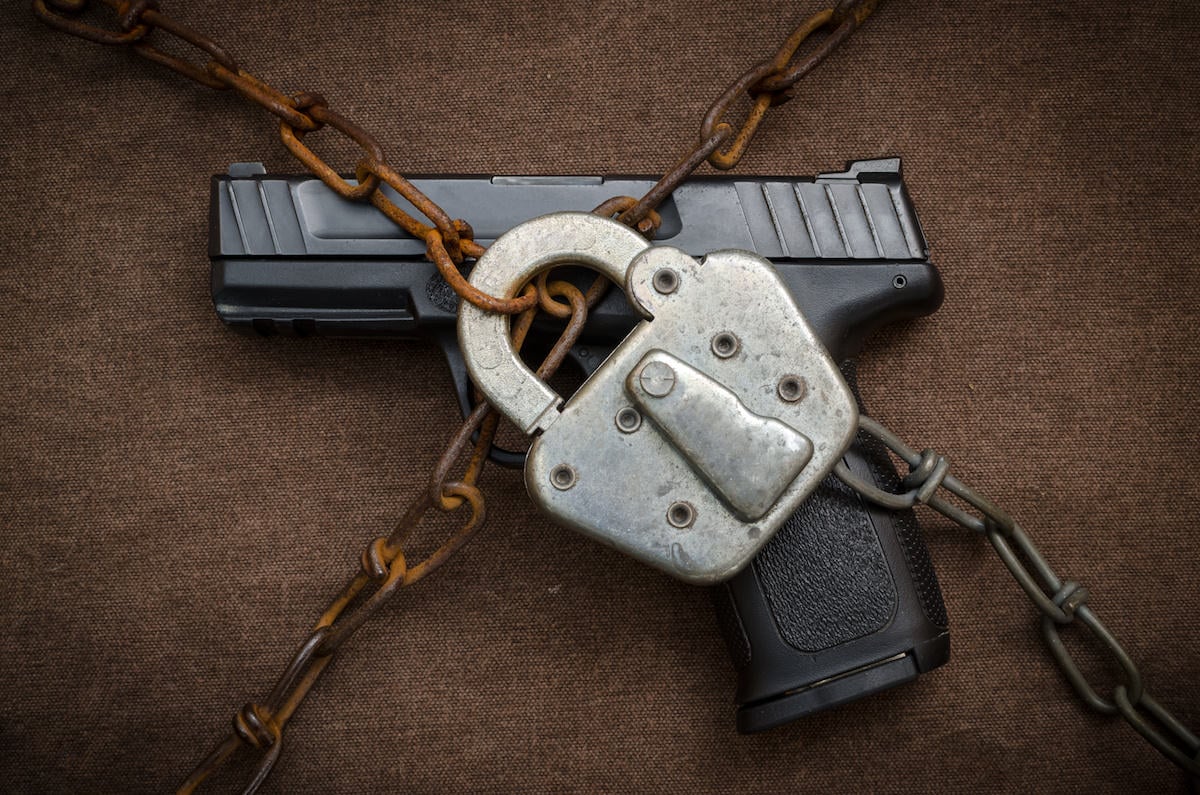 Now that Hillary Clinton has skirted criminal charges and is the presumptive Democratic nominee, the Democrats are free to move harder than ever against guns and the Second Amendment.

While Clinton has never been a friend to gun owners, the tactic of the political left in the past has been to put forward a sense of moderation, urging for more “common sense” laws and restrictions while vowing to protect Second Amendment rights.

Make no mistake: that façade will soon be dropped.

I began writing this before the Dallas shootings, which was only the beginning of what looks like a wave of anti-police violence across the country. Protestors accuse law enforcement of waging a war against minorities, arguing that blacks are being murdered by police. They cite the deaths of Freddie Gray, Michael Brown, Philando Castile, and Alton Sterling as proof that cops shoot black men whose only crime is being black, regardless of the data.

Arguing against these claims is beyond the scope of this article. I find it appropriate to mention that tensions are growing, however, because it plays straight into the left’s political playbook. As Rahm Emanuel, the Mayor of Chicago and former Chief of Staff for President Obama says:

And they will not.

Erik Erickson does a tremendous job of explaining why the left always pivots to gun control and why it is their catch-all solution to mental illness, jihadism, and crime in general. He argues that moral decay has left nothing else but gun control for the Democrats to stand on.

You might have already forgotten the ridiculous sit-in the House Democrats staged in the wake of the Orlando terrorist attack last month. A radical Islamist pledges allegiance to ISIS before killing 49 people and injuring 53 more and guns are still the only problem they see. Though the sit-in was an ineffective stage show, they are yet again trying to find a way to force a vote on gun control in the House instead of taking a stand against radical Islam. The party has also released a draft of their platform, and you can bet gun control is a part of it.

The Democrats have thus far been unable to enact what they would call “meaningful” gun control, mainly because of relatively weak public support for these measures and strong pro-gun laws on the state level. Oh, and this thing called the Second Amendment.

But when has a Clinton ever let public opinion or the law get in the way of what they want?

Luke’s point on seeing eye-to-eye with those on the other side of the debate is even more important today than when he wrote it a week ago. Let me be clear by saying that when I talk about the Democrats and their war on the Second Amendment, it is mainly those progressive leftists that have hijacked the party. Blue Dog Democrats still exist, but they have all but lost positions of power and influence to hard core progressives. Even Bernie Sanders, an avowed socialist, had to backtrack on some of his past pro-gun stances in his bid to become president.

I’m willing to bet money that most people reading this identify as a Conservative Republican. It’s important to remember that there are still Conservative Democrats out there that believe in our right to bear arms, and it is more important than ever to engage with them and convince them not to give in to the tremendous pressure that is coming. On this one issue, if not any other, common ground can be found.

I know how hard it is to slip into apathy. This country seems to be spinning out of control. Every day law-abiding gun owners are demonized in the media. They are blamed as uncaring, unsympathetic pig-headed fools that cling to guns because they have nothing else. The NRA is characterized as a shadowy lobby group that pays off politicians for their own political purposes, ignoring the safety of citizens. But apathy will only lead to a great loss of freedom. Now is the time to stand up for what we believe in, and convince others to stand with us.

If you do find yourself in an online argument about guns, or even an argument among family and friends, remember that the facts are always in your favor. The left will continue to use emotion to combat facts; gun control feels right, regardless if it works or not. In a heated conversation try to stay level headed and stick to the point. Name calling only distracts from the issue.

We gun enthusiasts are very good at sticking together. Let’s see if we can branch out.

10 Skills To Practice After You Finish Concealed Carry Training

10 Skills To Practice After You Finish Concealed Carry Training