As the title would suggest, this is the second article in a series about my experiences open carrying a handgun. If you’re just finding this, I’d suggest starting at the beginning. 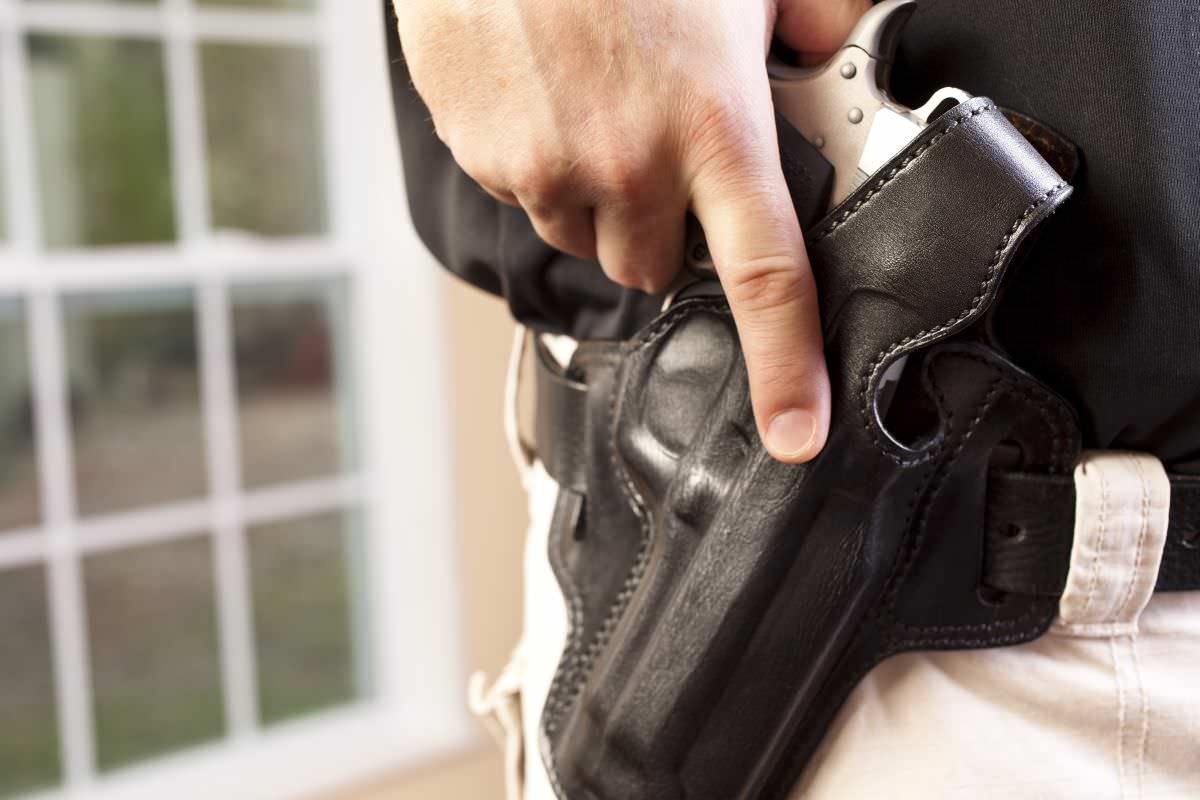 When all the plans had been made and the preparations double-checked, I found myself thinking of something my father was fond of saying:

“It’s like digging a ditch. You plan it out, survey it, organize the work schedule—and then the time comes, and you have to jump in and dig the damn ditch.”

He normally dispensed this wisdom regarding work or school projects, but it applied to my open carry experiment as well. It was time to get started.

It was a beautiful spring, as I’ve mentioned, and the tourists were already swarming like ants over our lovely beach town. Taking into account both North Carolina law and my own common sense, I elected to avoid crowds per se. Instead, my first foray into the world of open carry took me directly into the dark heart of America: a strip mall. I was living at the time in one of the less-beautiful parts of the city, where historic neighborhoods and graceful cottages gave way to cheap apartments, malls, and shopping centers.  Garbed in my best Hawaiian shirt and having tripled checked my gear, I walked out my front door and into a brave new world.

I’ll confess, faithful readers, that I had no idea what to expect—though I had committed my lawyer’s number to memory as a safeguard.  The stroll over was uneventful-unto-downright-pleasant. I took a shortcut through a stretch of woods to enjoy the wind in the pines, saw some turtles sunning themselves by a retaining pond. A peaceful few moments that stood in sharp contrast to the parking lot of a strip mall.

For whatever reason, it wasn’t an especially busy shopping day but there were still folks in abundance. I strolled through the grocery store with the other shoppers.  I noticed fairly quickly that I was fighting a few bad habits. In particular, I found myself checking the position of my weapon when someone jostled or bumped into me. I didn’t want to call attention to my sidearm unduly, so I focused on trusting my holster and avoiding overt tells.

As I moved to another store to pick up some office supplies, something took shape in the back of  my mind. Something that wasn’t quite right. I tried dismiss it as “open carry newbie paranoia”, but then it hit me. It was a touch more substantial than that:

No one noticed me.

I had been in a crowd of people for nearly half an hour: moving through them to get what I need, waiting next to them to talk to a sales associate, standing in the checkout line. In full view of dozens of people—normal suburban Americans, the minivan set—my sidearm and I went completely unnoticed.

I’m not sure what response I was expecting—and I had planned for a few different ones. This, however, had never occurred to me.

The walk home was equally pleasant and equally uneventful. The turtles cared not about my sidearm, or me, or my newly-acquired supplies.  Reflecting at home over a cup of coffee, I decided that this was either a victory for the 2nd Amendment, or a sad commentary on the situational awareness of contemporary people.

One thing was clear, however. It was time to take this experiment further afield.