by Brian Armstrong
in Articles, News
0 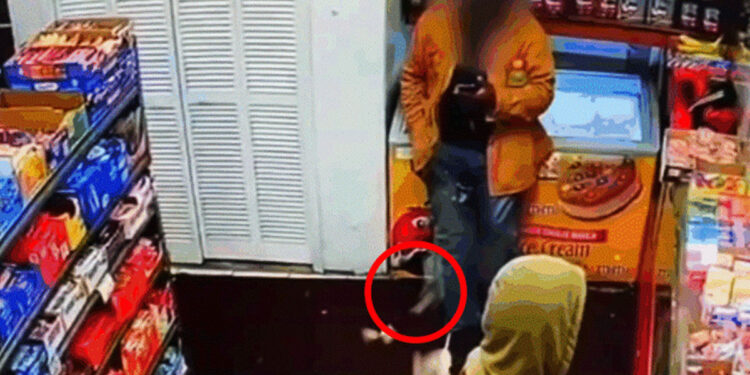 Once again, the mainstream media refers to it as an “accidental discharge” when, in reality, it is a “negligent discharge.” A man shot a 12-year-old family member on the South side of Chicago Thursday night.

A man leaning up against an ice cream freezer reaches into his pocket, and the next thing you know, there is an enormous hole in his jeans with shredded money flying everywhere in the video. The hole was so big that the silver semi-auto handgun fell right onto the floor. The man casually reaches down, picks it up, then jams the still unholstered gun back in his jacket pocket. Almost like he did not think anyone would notice. SMH!

The bullet ricocheted and hit a 12-year-old he was related to in the hand. In his defense, shootings are so common around there that unless the kid got shot, we probably would not know about it. They took the boy to a local hospital in good condition.

They did not say if he had a valid FOID or CCL, but it is safe to assume he must have because I can not imagine them letting him go without one. In Illinois, just possessing a firearm without a FOID is illegal. Why they didn’t get him on a weapons violation for the negligent discharge is beyond me, especially since the ricochet hit a person.

Once again, multiple safety rules were ignored, like keeping your trigger covered. Then, for someone to jam a gun back in their pocket after almost shooting themselves. Well, I am not even going there. The guy is lucky he still has his manhood in one piece and that he did not severely injure the kid.

Man Repeatedly Kicked in The Head - Would It Justify Pulling Your Gun?