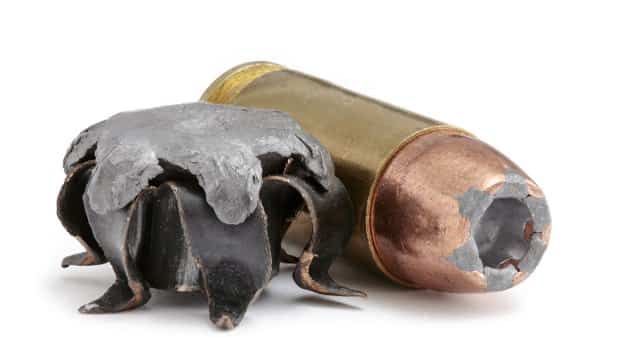 In recent news, the Federal Bureau of Investigation declared they’re using a 9x19mm round in their newly issued Glocks. This goes counter to extensive testing and experimentation done with larger caliber handguns like the 10mm and .40 S&W. After all, if the lucrative FBI contract had never come up looking for a more ideal handgun round between the 9×19 and the .45 ACP, there may never have been as much emphasis put into its production.

For background on this issue, let’s discuss why the FBI began looking for a new round in the first place.

The FBI began searching for a new round after a deadly shooting in 1986 claimed the lives of several agents. One of the agents fired a 9mm round that stopped 2″ before penetrating the heart of one of his assailants. He died in the fight.

Col. Martin Fackler, MD, of the U.S Army Wound Ballistics Laboratory, gave comment to National Institute of Justice’s Relative Incapacitation Index (RII) studies in 1985 after the FBI began their practice of using ballistic gelatin to determine efficacy of a handgun round.

So now that the FBI has stuck to using a 9x19mm Parabellum round and specifically chose Glock, does this mean that rounds like the .40 S&W are going to fade away?

Many gun manufacturers such as CZ-USA, Glock, Ruger, and others continue to develop .40 S&W handguns alongside their already popular 9mm varieties. For many gun owners, the .40 S&W is the perfect blend between a .45 ACP and a 9x19mm.

It used to be a big deal when a gun manufacturer like Ruger came out with a .40 S&W pistol. Now, it’s become industry standard.

Even though the FBI isn’t choosing the .40 S&W, there are still plenty of gun enthusiasts and concealed carriers who swear by the round. In terms of big government contracts, it seems the Internal Revenue Service has purchased a sizable number of Glock handguns chambered in .40 S&W. So, while the FBI may not give a hoot about the round, it seems other government agencies are jumping on board the .40 S&W train.

A lot of the benefits in a pistol chambered in .40 S&W come directly from how well the pistol is designed. A short, compact pistol is going to have less of an ability to absorb and distribute recoil effectively. This is going to make a snappier shot. Full size pistols will better absorb and distribute recoil to make the shooting experience smooth.

In terms of upcoming releases, we’ll have to wait until SHOT Show 2017 in Las Vegas before knowing what the industry is coming out with for this caliber.

How To Deal With A Hug While Carrying Concealed