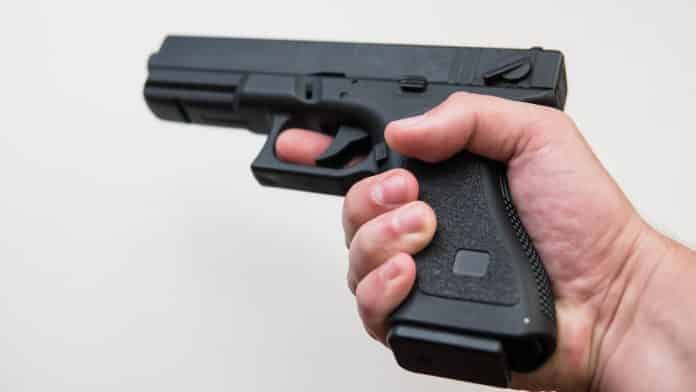 A veteran got himself in some hot water with Ocean City, Maryland police after he accidentally discharged a round into the floor of his motel room while he was removing his Glock from his pants pocket.

One of the motels’ cleaning staff told police that she heard a loud pop and then found ceiling drywall on her shoulder and floating in the air. The manager quickly responded to the room and found that everyone had already packed to leave even though they still had two days left on their reservation.

Police caught up with the veteran and his group in the motel parking lot. The Vet admitted to possession of the Glock and the negligent discharge in the room. Police also found three additional loaded magazines besides the one in the gun.

The Vet held a concealed carry permit from his home state of Pennsylvania but that permit is not honored in Maryland. He was charged with reckless endangerment, discharging a firearm within city limits and having a handgun on his person. He was released on his own recognizance.

This is the sort of thing that makes concealed carriers look bad and gives ammo to the anti-gun crowd. It’s also why we relentlessly quote the four universal safety rules; namely in this case, “Keep your finger off the trigger until you are ready to shoot”. This is also why all handguns must be in a holster of some type while you are carrying them.

This negligent discharge came way too close to injuring someone that was present directly under the room where it occurred.

NEVER carry your gun in your pocket or anywhere else for that matter without it being in a quality holster that fully covers the trigger guard. A simple pocket holster could have prevented the whole incident.

This is also a good place to remember that we are all responsible for knowing the laws regarding concealed carry in whatever state we are traveling through and the first of those would be knowing if our permit is good where we are going.