“They Came Out of Nowhere!” Proactively Detecting Danger in Public

This is a two-part article. Read the second part at <a href="https://www.ammoland.com/2020/03/proactively-detecting-danger-in-public-situational-awareness-part-two/#axzz6Hq5jv8Od" target="_blank">AmmoLand</a>.

by Salvatore
in Articles, CCW For Women, Concealed Carry, Travel
0 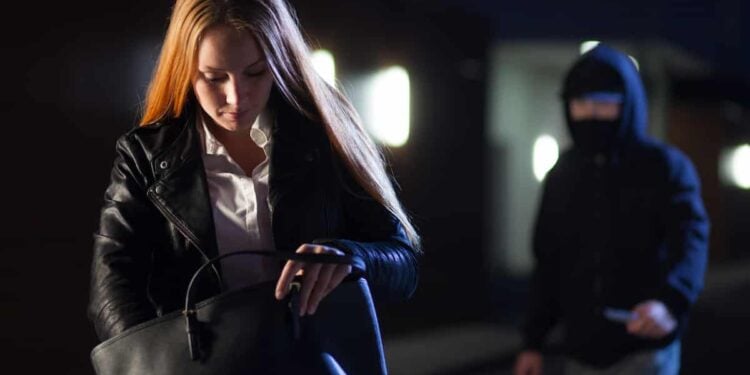 In the aftermath of criminal enterprise victims often claim that the attacker simply “came out of nowhere,” or perhaps “just appeared.” The reality remains that bad guys, like any other human being, can’t warp time and space, and they don’t have Star Trek-like cloaking devices. When we hear a reaction like this we are seeing a post-incident self-admission of a breakdown in awareness. This article is not intended as a criticism of the victims who have said this; maintaining awareness at all times is much easier said than done. Rather, it is an analysis of situational awareness as it pertains to such incidents so that we, as armed citizens, can see the threat before it is right in front of us.

I will share with you a personal experience that left an impression in this regard. Several years ago I was at a gas station, filling my vehicle. I happened to be attending an event that demanded I dress formally and at the time my mode of deep concealment to accommodate such dress was a snub revolver in the pocket. It was broad daylight, but bad things happen on sunny days as well. I noticed a person walking towards the station from across the highway who appeared to be a homeless individual, but there was something off about him that I can’t quite explain. Due to my work I spend a lot of time in many cities throughout the United States and interacting with panhandlers, even aggressive ones, is nothing new to me. Something about this guy, however, was not the usual.

Spotting him from fifty yards away, I quickly formulated my plan in case he approached me. While simply leaving the premises would have been best, I knew I could not turn off the pump and pay before he arrived. Therefore, I stepped over the gas hose so that it was between me and the direction from which he approached and so that I could quickly move to have the car itself between me and him, should I need to take action. All the while, my hand was covertly on my snubby in the pocket. Sure enough, he approached me and asked for money, to which I said: “No, I can’t help you.” He gave me a glaring look, but such characters often know what they are dealing with, and he moved on to harass someone else in the parking lot.

While keeping an eye on this individual’s whereabouts I finished filling up and got in my car to leave. Upon pulling away, I saw this same gentleman walk right up to a woman who was pumping gas while busy talking on her phone, and when she saw him she turned white as a sheet with a shocked expression on her face, dumbfounded by who stood right in front of her within touching distance. I stopped in my car and looked at him, and when he saw me, he turned and walked away from the women and I pulled out of the lot.

Okay, so, that is the end of my story, and it ended without incident, and least pertaining to me. Let’s be hypothetical and pretend that the woman that I witnessed, taken completely by surprise, had been assaulted or mugged, or both, by this guy. When the police showed up to take her statement, what do you suppose she would have told them? You got it, “he came out of nowhere!” But did he just materialize? If you recall, I saw him before he even crossed the highway and entered the parking lot. In that time I positioned myself and drew a contingency plan. That is a far cry from “came out of nowhere.” Who would have been able to deal with violence better in that situation, me or the lady?

My personal experience in this regard is a perfect illustration of how criminal actors rarely just appear. When they do magically materialize in front of an intended victim it is because that person missed all of the tells leading up to that point. The reason the victim does not see the criminal actor until contact is initiated is that the victim is oblivious to his or her surroundings, perhaps distracted with a phone, conversation, or some other task.  he other possibility is that the victim did indeed see the criminal, but did not notice him. There is a substantial difference between seeing and noticing.

The ability to notice threats is a matter of practicing your situational awareness, and that awareness is ultimately rooted in the acceptance that violence can, indeed, happen to you, personally. People who do not notice threats in their environment have not accepted the reality that it can happen to them. For those who remain oblivious, violence is only seen on the nightly news and it happens to others. If a person never truly accepts that violence can happen anywhere, at any time, for any reason, and it can happen to them personally, they will never implement the practice of situational awareness. Why would a person spend the cognitive effort to stay safe if they don’t believe the danger is real? Coming to terms with this acceptance is the first step in preparing for inter-personal violence and self-defense.

Therefore, what strategies can we implement so that we see a possible danger in advance?

Sal gives you his four-step mental process to go through whenever you enter a new space which only several seconds in the second part of this article which is published over at AmmoLand.

CLICK HERE FOR THE SECOND PART OF THIS ARTICLE